- November 30, 2019
We celebrated Louka's 7th birthday in our usual way this year with a pool party.  It's an obvious choice for a birthday in Cyprus at the end of August. 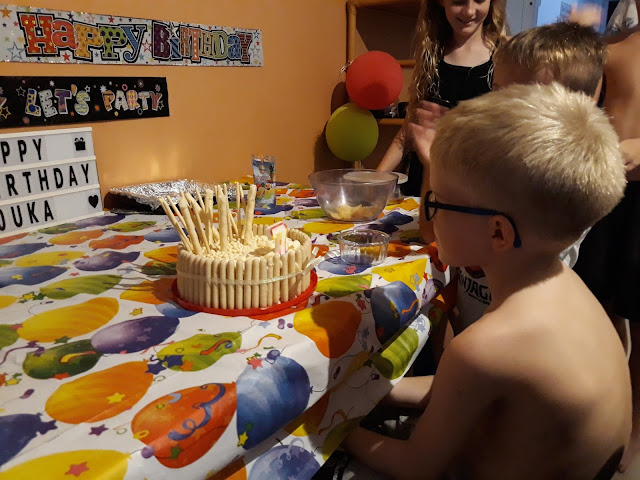 He was so excited in the lead up to the day,  it always seems to him that his birthdays take a long time to come round,  being that he is only 7 of course, and the fact it's later in the year than Leo's.

This year, as the youngest of the group is now 6 it was much better knowing that they can all swim very well.   Still quite stressful keeping an eye on 6 crazy loud kids (plus a crazy adult!)  with a load of inflatables in the pool but between 5 adults in and out the pool too it was easily doable. 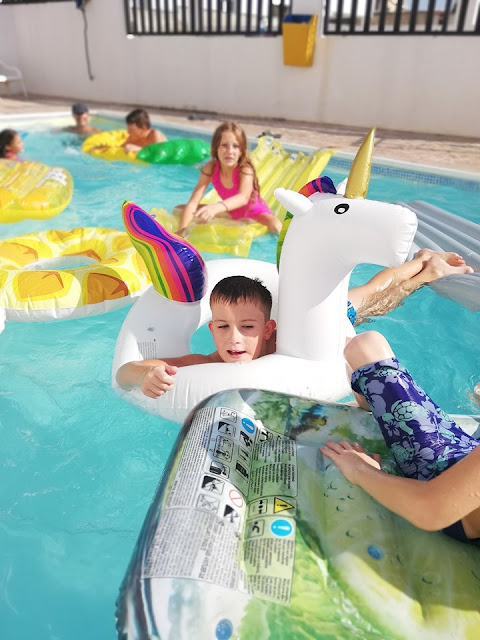 We made water balloons for the first time which was a huge success,   they were surprisingly hard to break too. I'd always thought they broke so easily and took a long time to fill but that was before I'd discovered the packs with the attachment to go on a hose pipe!

The older kids took charge of the games with them as they had played them all in summer school so that was a bonus. 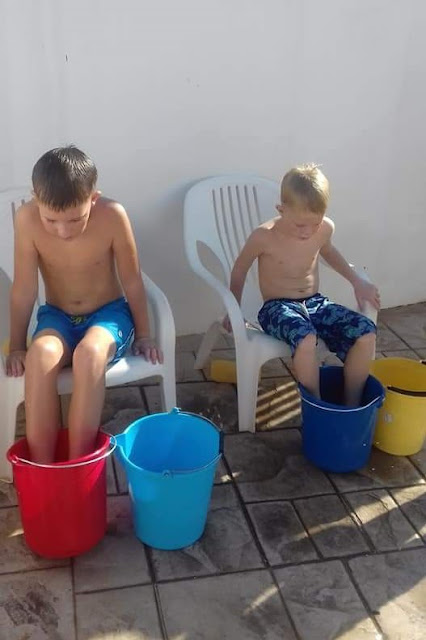 I gave them a completely new game to play thanks to some Pinterest inspiration - the frozen t-shirt game.

So easy, and a fantastic game to play when it's roasting hot.

All you need is a t-shirt for each player,  soak it in water and ring it out.
Place each t-shirt in a freezer bag and freeze over night.
Hand a shirt to each player and the first to get their t-shirt on is the winner. 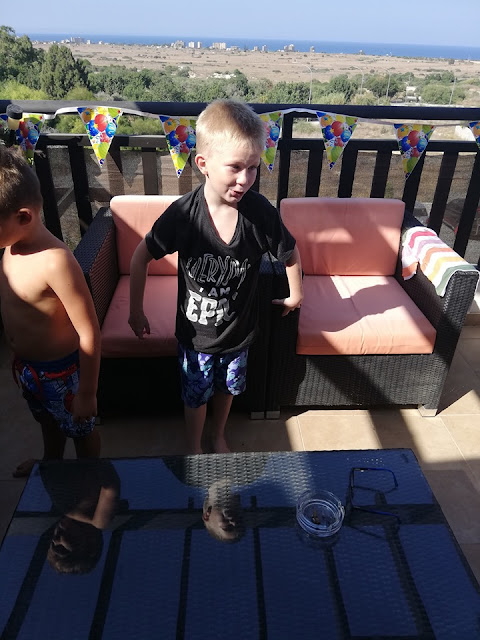 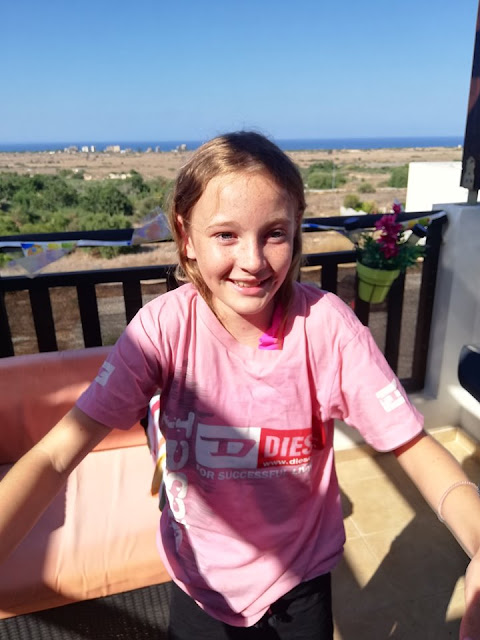 The party food was eagerly awaited after all the pool fun, and as always I couldn't resist a few pool / sea themed items. 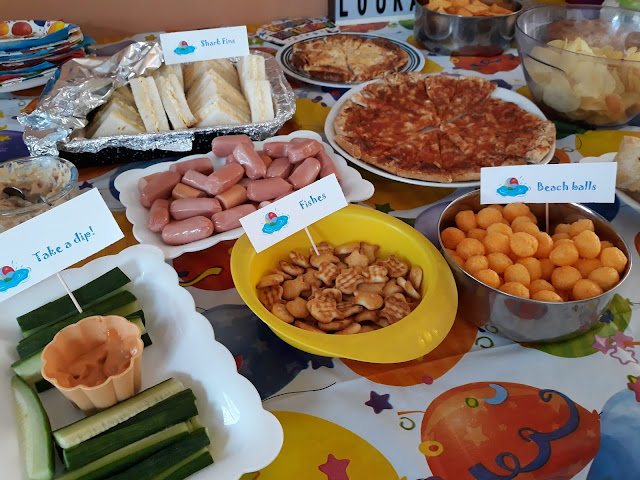 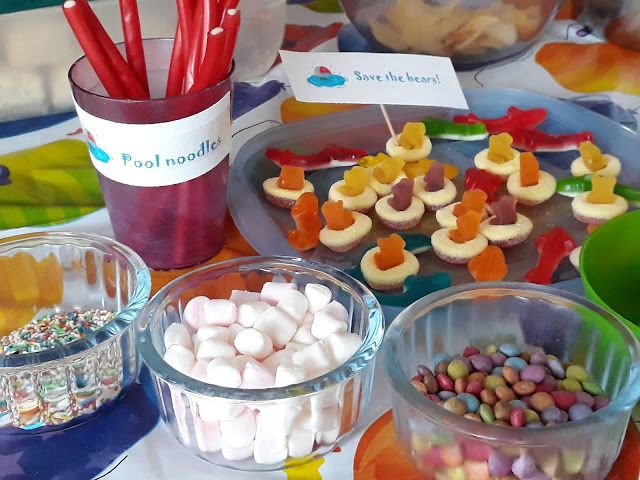 We also had at Louka's request, an ice cream bar with a selection of sweets, sprinkles and sauces for everyone to create their own sundaes.

It took a while after all the sweet treats but we also had Loukas special request of birthday cake to cut and serve.    He's not a big chocolate fan unless it's white chocolate so we gave him all the white chocolate we could find, on top of his favourite lemon cake. 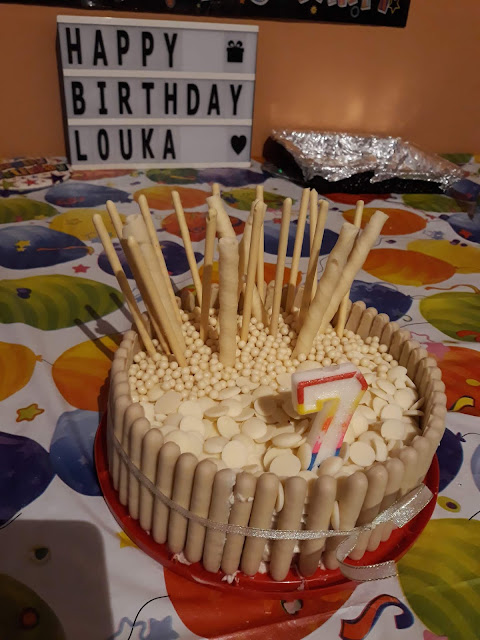 A good time was had by all, and especially the birthday boy. 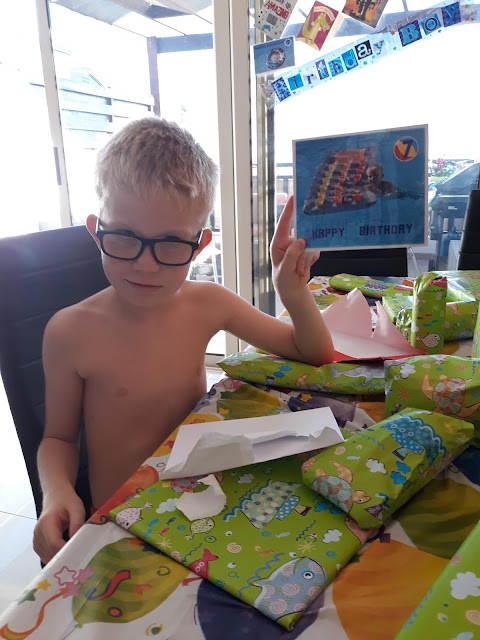