- February 06, 2019
My favourite thing about my blog is the chance it has given me to write about some of my old photos and share the stories in flashback posts.   I love the fact it is creating a record for my boys and maybe their children for years to come and giving them the opportunity to get a glimpse into what my childhood and life was like before they came along.

Last year I introduced Leo to the BBC  'Back in Time' series'.  The first series 'Back in Time for the Weekend', took the participating family from the 1950s to the 1990s examining how Britain spent it's leisure time, and was followed up with 'Back in Time for Dinner'  which focused more on how eating habits changed over the years.

We are now watching 'Back in Time for School' and it's making Leo very glad to be at school now and not 100 years ago!   I am pleased he enjoys them as it's showing him more than just history,  to see 'real life' England is a rarity for him too having been in Cyprus since he was 6 months old.

With each of the programs I enjoy all the episodes but especially once they get to the 1980's as the food, fashions and lifestyle becomes my memories rather than general nostalgia.   It got me thinking about my childhood,  the food I ate, toys I played with and TV I watched. My favourite blog post of recent years is The One with the massive flashback, where I reminisce about my 80's school assemblies and the 'Come and Praise' hymn book and so I thought I'd write some more 80's flashback posts for posterity.

Pinterest and google images have come up trumps with many of my old favourites,  (Disclaimer - most of the images are not mine and the original source is usually unknown so feel free to let me know if it's yours and you would like credit!)

Starting with a few well loved toys of mine

Snugglebum
Does anyone remember these strange things?   I had a yellow one, it probably had a name which I don't remember.   They didn't do much, I think they laughed when you shook them and of course you could brush their hair.  Quite cute in an odd way but I remember liking mine, I'm sure it had a nice smell too but I wouldn't be able to describe it! 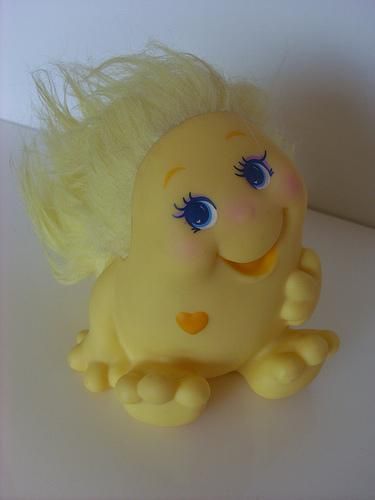 Gloworm
Now I come to think about it, another odd looking toy but I loved my little Gloworm,  there was a whole range of them, and they made larger fabric ones which possibly lit up but I had this little one. 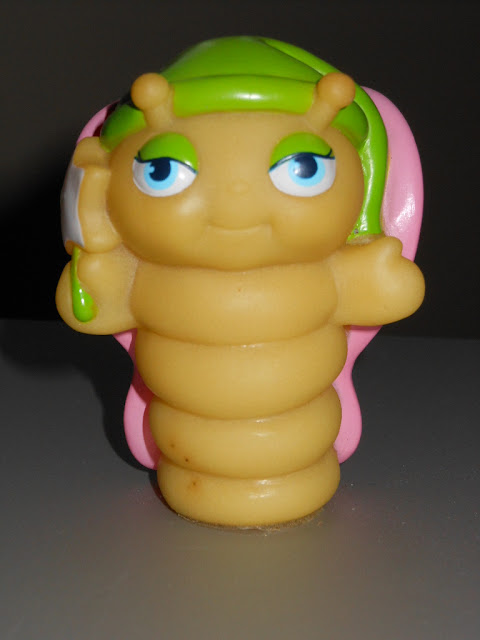 The idea was that they glowed in the dark but to get them to do this you had to hold them in front of a light.  I remember spending ages holding it over the light bulb on my bedside lamp and one night thinking it would be easier if I could just balance it there somehow, so I did and pleased with my idea until I picked it up and it had melted onto the bulb - oops!

(As I looked for an image for this I found that in 2005 these were criticized for containing a type of plastic called phthalates, which can be dangerous if swallowed, or presumably melted!)


Trolls
Probably a bit more popular than the previous two toys, I'm sure that many more people had at least one troll. Who'd have thought that name for these cute little guys would come to be used to call someone who was mean!

I'm sure mine was pink like the photo below.  I took mine with me for my exams at school as my good luck charm (why I didn't take my little Good Luck bear I don't know!  I guess that wouldn't have been as 'cool') 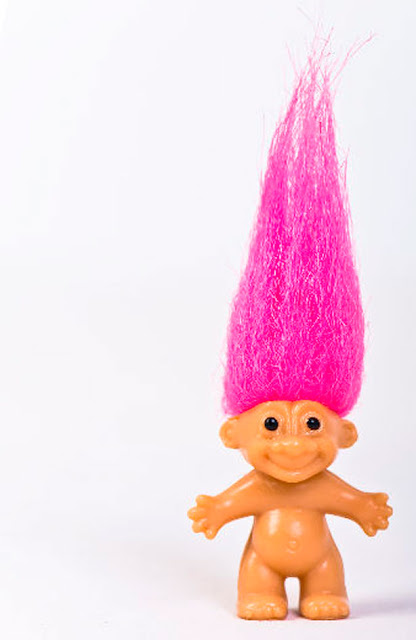 My Little Pony
What 80's girl didn't LOVE my Little Pony?
I had Peachy with the grooming parlor, as well as Minty, the green one, Lickety Split, Bow Tie and baby Applejack - yes I can remember their names and yes I realise that's probably a bit sad but I've got a good memory for things that are of no use to me whatsoever! 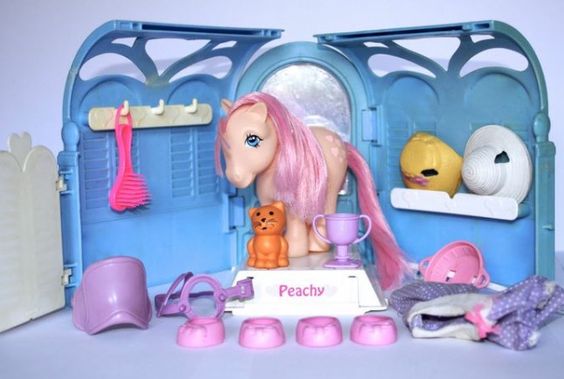 I loved putting their hats on but I used to get really annoyed trying to tie the outfits up so my Mum made me outfits for them out of felt and put Velcro on them to make it easier (and stop my moaning I guess!)   I used to spend ages brushing them but could never manage to plait or tie bows on them - I've not been a fan of anything fiddly ever since!

My friend had the big pink 'Dream Castle'  (I couldn't remember the name of that - google helped me out there!)  and we used to get together with and play so we had twice as much stuff.  My Mum gave her some outfits too so our ponies were the best dressed around! 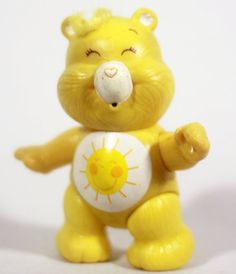 Care Bears were my favourite thing in the world.   I had cuddly ones, poseable ones, and a school lunch box. I was a member of the Care Bear club and got the magazine and badges through the post.  I used to go out walking the dog with my Dad and be chatting about the clouds pretending they were up there in Care-a-lot.

There were a couple of Care Bear birthday parties too! 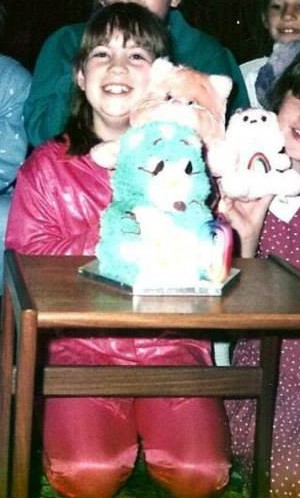 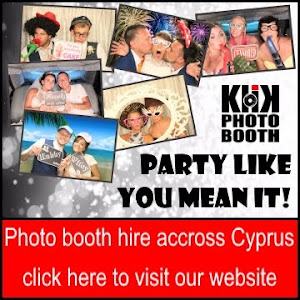