Trick or treat - Vodka and Sweets! 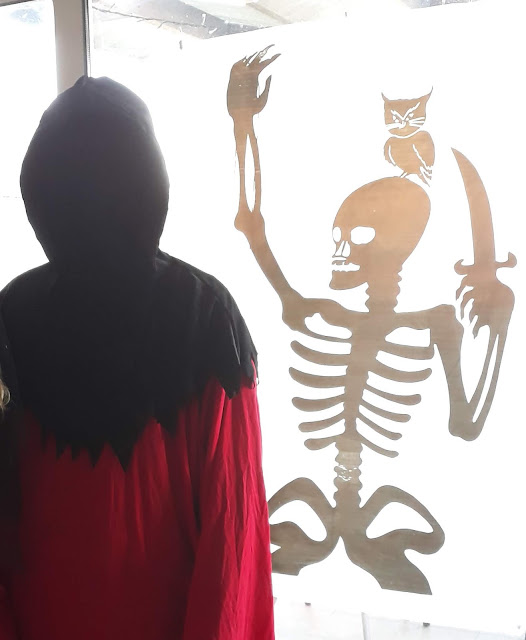 I must apologise, Sam, if you are reading this, for cropping you out of the photo but it just lent itself to this!

We had our now traditional Halloween get together for the kids - well I say for the kids but the get-togethers go on a bit later these days and include a little more alcohol as we are joined by the men and the kids get less demanding.

The 'pack'   (as Leo now calls the 5 children we have between us all)  are less interested in the games we used to play,  happy now to disappear off to their bedroom and do whatever it is they do for hours on end, but they still enjoy a few once we 'drag' them out to be sociable. 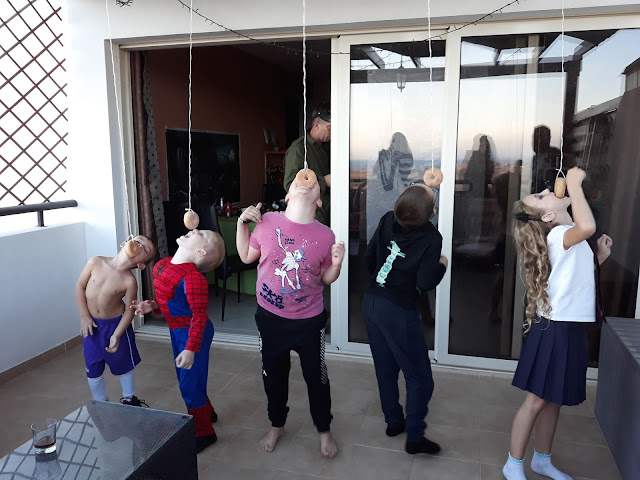 No themed gathering would be complete without a Tiny Acorns craft! 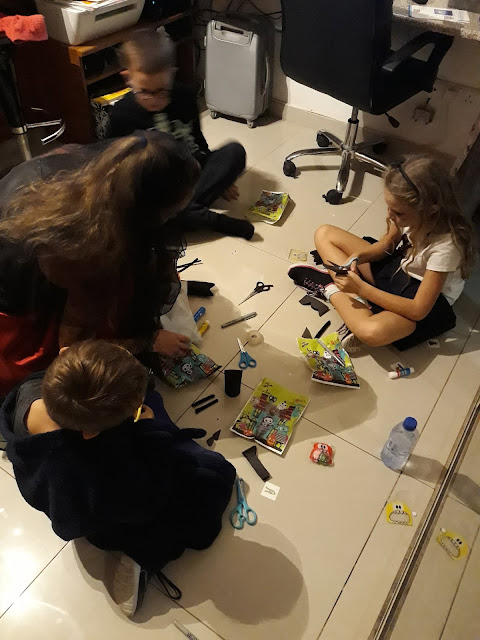 And of course, you can't have Halloween without a bit of trick or treating.

As trick or treating' isn't done generally in Cyprus we visit 2 or 3 of our British neighbours depending on who is in.  The kids love it, and presumably, the neighbours don't mind - it must be better than lots of random kids turning up throughout the evening anyway!

I'm not sure where they got the little rhyme from that I videoed them doing below,  I like it and love the please they added on the end.

Leo had been singing it all afternoon and it was only when they knocked on our neighbour's door and he said it, he suddenly realised it was missing something!

Funniest moment of the day though has to go to Sam. It makes me laugh just thinking about it 4 days later!

Sam was drinking normal coke,  I was drinking vodka and diet coke.
She was thirsty and picked up what she thought was her glass and drank it back in one big gulp.
Sam hates diet coke.... and she REALLY hates vodka!

Oh and I happened to be holding a camera at the time... 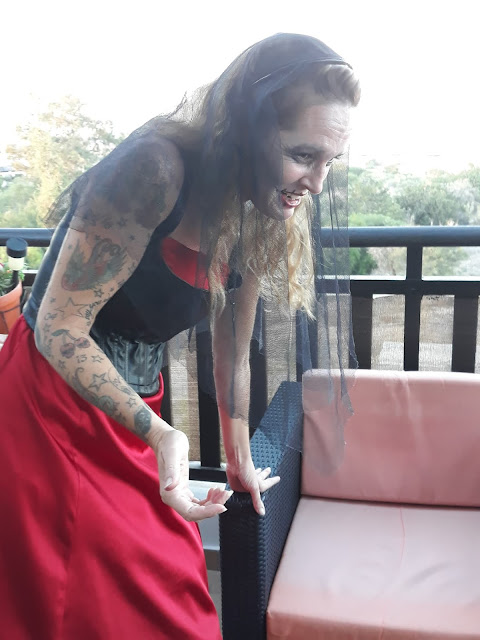 I have to apologise once more, Sam,  well twice actually - once for taking the photo, and again for actually posting it online but you have to admit it was very funny and anyway you owe me a vodka!