- November 04, 2018
As I published photos from our 2018 Halloween celebrations I happened to notice a blog post saved in my draft folder,  it turns out it was a  Haloween post from 2016 so I thought it was about time I actually published it!

Halloween wasn't widely celebrated in the UK when I was a child,   I don't remember anyone 'trick or treating' or the shops being full of costumes.   It was starting to become a thing in my late teenage years,  I suppose once our generation was getting old enough to be able to choose to celebrate without having permission!

I went to Halloween themed pub nights but my first proper party was a children's party here in Cyprus, thrown by my Halloween mad friend Sam.  It was really for our benefit I suppose, as our kids were only 1 and had no idea what was going on,  we made it spooky rather than scary with cartoon ghosts and Disney themed decorations.

We've been to Halloween events,  Cyherbia Halloween events are always worth going to, they beat any themed night I used to go to in a pub, even without the kids! We've also had a few small parties at home,   a bit of trick or treating (agreed in advance with a few willing neighbours)  and few games, party food and music.

Last year we hadn't planned to actually have a party, Halloween coming right at the end of a busy season for us seems to sneak up on us but as we had invited our friends for lunch I couldn't help but put a bit of a spooky theme on it. 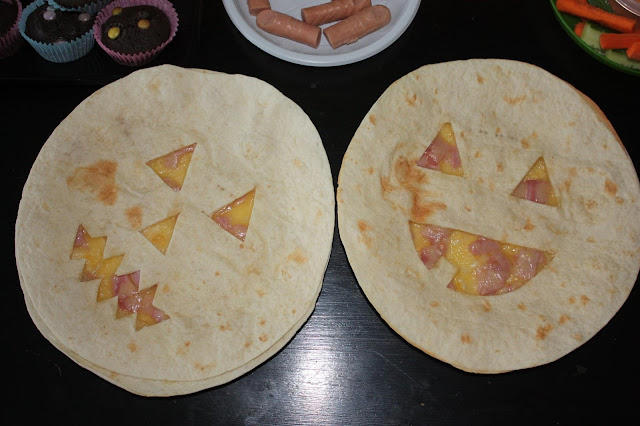 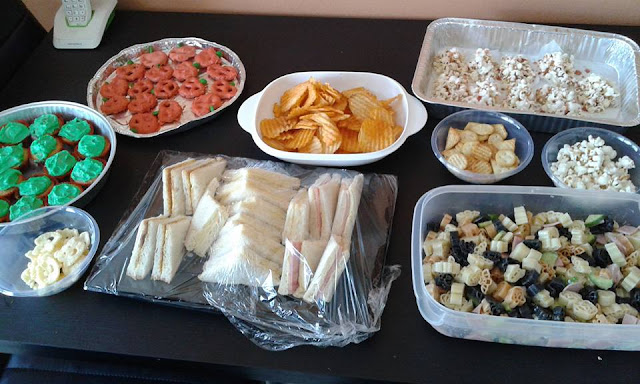 Of course, I should have know that Sam would have the same idea and our lunch date turned into an impromptu party, after all,   she arrived with some Halloween themed snacks,   which added nicely to the spread, and a couple of games to keep the kids (us big kids included!) happy. 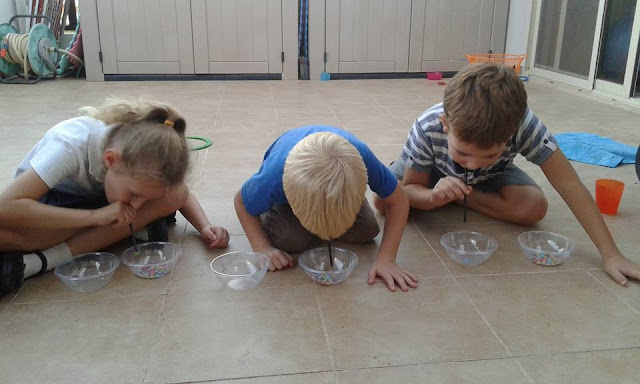 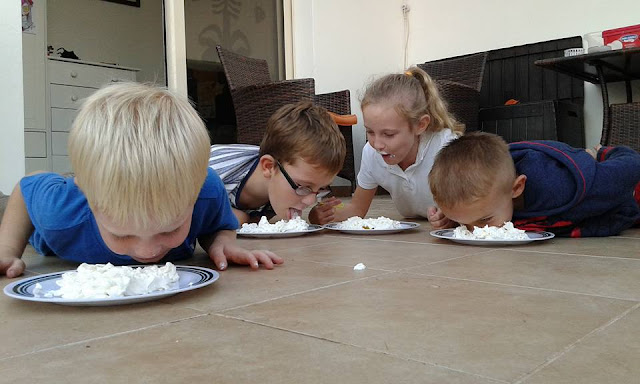 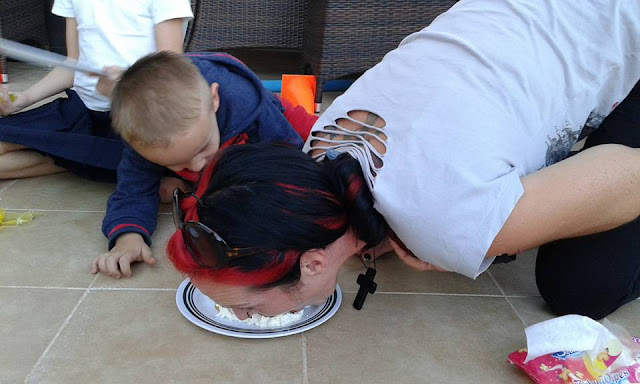 It meant of course that our children wanted to go trick or treating again but as I'd not forewarned the neighbours this time I was reluctant to bother them,   I needn't have worried,  they know us too well and had already prepared for the kid's arrival.

A quick rummage through the dressing up box and we were all decked out to go door knocking! 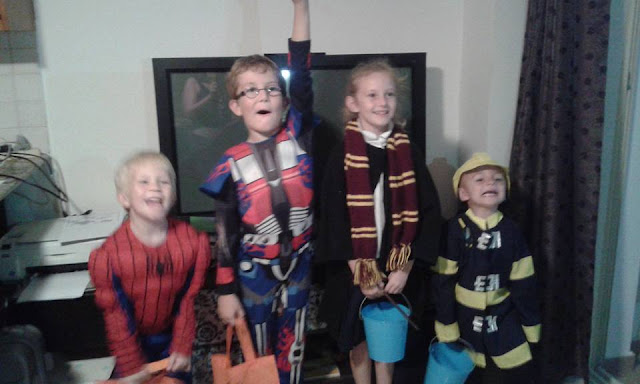 I know many people don't like the idea of celebrating Halloween but it's a great excuse to have a celebration and doesn't have to be a full-on party.

With minimal effort you can still have a great time,  a few simple games - Pinterest is a great source of inspiration of course and a few changes to a normal lunch you've got a special afternoon for the kids to enjoy,    oh and a bucket load of sweets of course!
Halloween party