- November 02, 2016
You may remember that last year I went to Sirena Bay in Agia Triada after many years of never getting round to it.This year I finally got to go 'kid free' and enjoy it in a much more chilled out way!

Our good friends Natalie and G AKA local rock and blues duo, Echo had their final performance at the venue they had spent so many years playing at,  and one that was very close to their hearts so it was a big night for them. This summer has been their last season together in Cyprus as today Mr G leaves to move back to England and I'm really sad to see him go and to know that Echo is no more.

Apart from seeing them at Daxifest (where we were working) we knew it would be the last time we would get to see them play as due to us working again we wouldn't be able to make their last ever performance in Cyprus.

It was a brilliant evening, which ended up with drinking vodka and dancing under the stars followed by Aaron and I gatecrashing G and Tony's dinner. 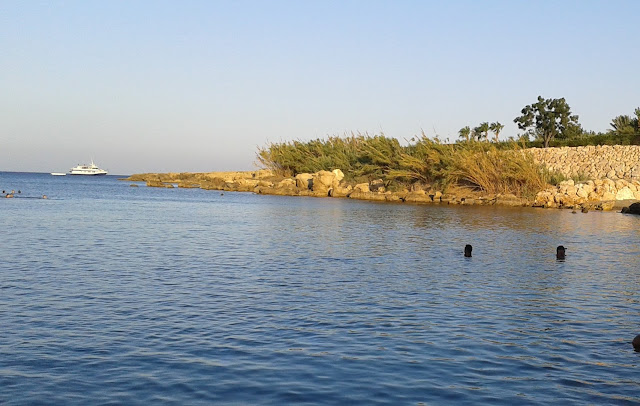 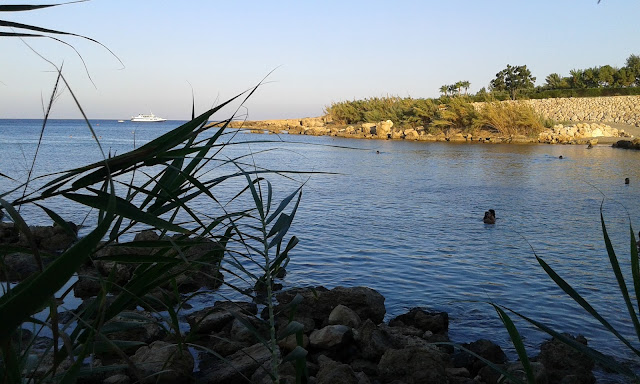 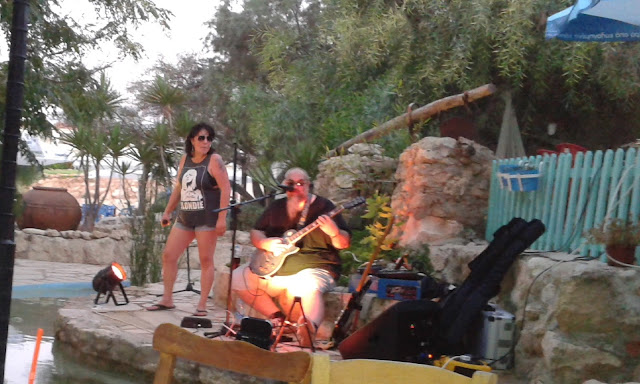 Who'd have thought that I'd ever actually look at someone playing a guitar and realise that they are bloody awesome, even if I never really knew half of the songs they do!

Of course I'll always be a cheesy pop lover at heart, and I'll never make a convincing rock chick but I've really enjoyed a few nights out over the years listening to them play 'proper music'  and pretending I'm cool for a few hours! 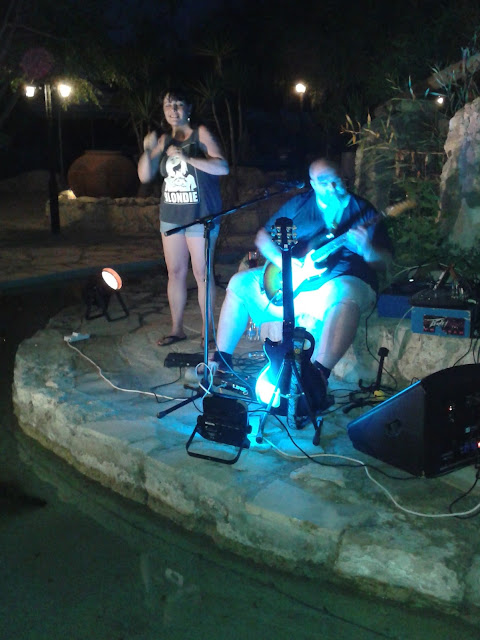 A Farewell to Echo from Premier Pro Productions on Vimeo.

Mr G, it's been great,  we're going to miss you and hope to see you back one day.
I'm gutted that you're going and will miss bumping into you in Lidl (I've never seen the same person in there more than once other than you)   and I'm going to just have to keep training Leo up to be my Doctor Who buddy now,  you are still the only person in two years to pick up the fez at the photo booth, and announce that they are cool.


I'm glad we got the chance to finally share a bottle of tequila and the fact that we didn't say goodbye (cos I don't like goodbyes... its' always 'see you later' )...... also I've just realised that I've still got your juicer so you'll have to come back and make more margaritas sometime!