- December 17, 2015
After our trip to Paphos Zoo, and the dinner and general amazement in the mall we were just about ready for the drive home when we were asked by a festive looking member of staff if we wanted to see the fairy tales.  At our slightly bemused expressions she said 'It's free,  take your children, it's just outside'

Still being none the wiser, but encouraged by the fact that whatever we were going to see would be free we wandered outside the main entrance of the mall.

The boys were then distracted by the lights, and the comment from Louka was brilliant...

'This is quite interesting Mummy' 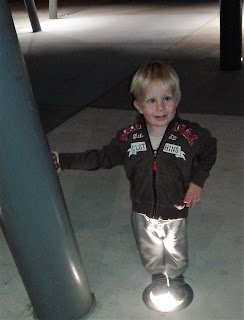 They got even more interesting.... 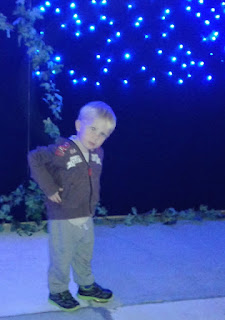 Then we discovered what the fairy tales were all about, 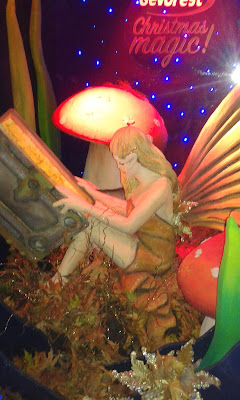 A magical display of fairytales, which was one of the most impressive things I've seen in all the years I've been in Cyprus! 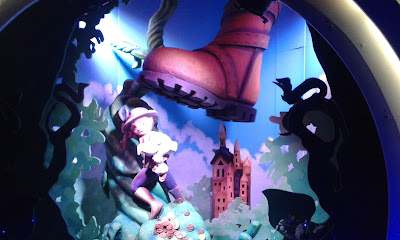 It was like stepping into a fairytale world as you entered through the curtained doorway with its dark walkway illuminated with twinkling fairy lights.

There were moving scenes from Jack and the Beanstalk, Hansel and Gretel, The Ice Queen, Alice and Wonderland and more. 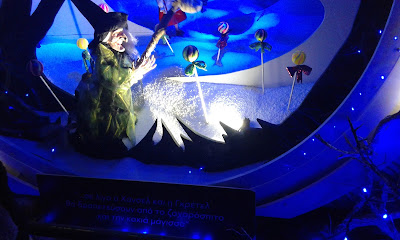 We stopped as we went round to read each story excerpt on a sign below each display, with me reading the Greek to Leo and him translating it to us perfectly.

I was so impressed, it was a lovely thing to see, and for Cyprus absolutely amazing!  It's pretty much unheard of for something to be this impressive AND free!

We left the fairytales, and I got the boys to pose for a photo underneath a giant toadstool, (as you do!) 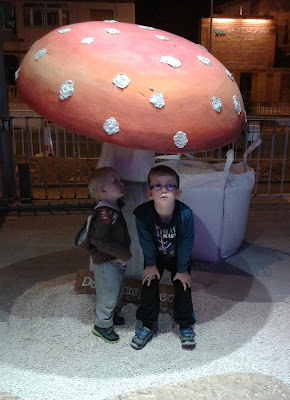 As we started to walk to the car, Leo said how brilliant it had been and asked me ever so nicely if we could go in again.

I got the look again as I said 'Yeah, come on then', the look of surprise as he clearly had expected me to say no!.

'Thank you Mummy, Thank you!' was the excited reply! It turns out it was just at the Paphos Mall for a few days and so we timed it perfectly,  it is now in Nicosia Mall until 13th December, and then in Limassol from the 17th December until the 3rd January, from 2pm until 9pm each day.

It was called 'Christmas Magic' and was created by Gevorest Cyprus, which I've now discovered are a Cypriot bed and mattress manufacturer.

Well done Gevorest, and thank you for this unexpected magical end to our perfect day out! 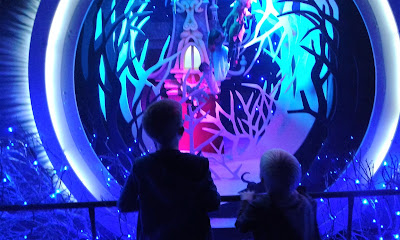