- October 16, 2015
Over the years I have written many Flashback Friday posts, and even ran the link up for a while as it was one of my favourite bits about blogging,  being able to write about things that had happened years beforehand and record memories which might otherwise be forgotten.

Occasionally I would use a more recent picture, usually when struggling to come up with something to fit a theme or get a post published each week but I always felt that was cheating a little bit!

But, my blog, my rules and I've realised I can use it to play catch up and revisit some of my photos from the year that I didn't get round to writing about at the time.

Summer 2015 was a great summer for us, with both the boys finishing their respective schools for the last time before moving on in September.

They were excited to be off for the summer... 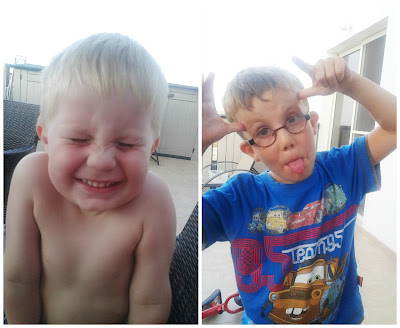 We stayed close to home like we have done every year, but where do we need to go!

I was brave, and took the boys to the pool by myself more often than I ever did before. Now Leo is a fairly confident swimmer, and Louka is happy to wear his armbands and not be held on to. things are a lot easier. Louka will generally stay put when asked to and usually sticks quite happily next to Leo so I know he is less likely to run off and do something stupid, they can both carry things now too which helps! 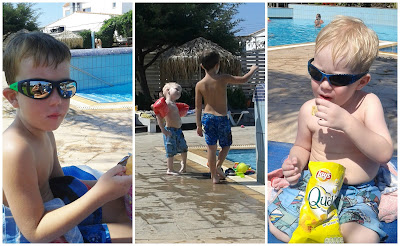 I took very few photos this year compared to previous years, I think due to the fact I'd got out of the blogging habit and didn't feel the need to capture every little thing, that and the fact I was usually in the pool!

We did get out and about a bit more than in previous years, and now that Aaron and I are running our own business we were able to work our own hours within reason to do things together more. 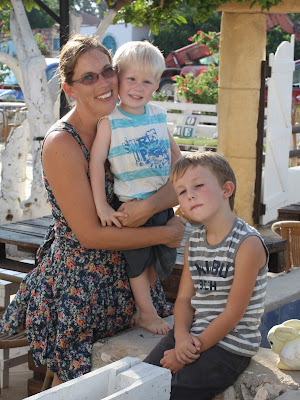 I love that we have passed the baby stage, nappies and pushchairs are gone (well apart from the occasional late night out when Louka might go to sleep in it).  I love that the days of following a toddler around a restaurant or park have passed and that the boys can play by themselves (with minimal amounts of moaning / fighting / whingeing!)

All in all it was a great summer, probably the best we've had in Cyprus, certainly the easiest! 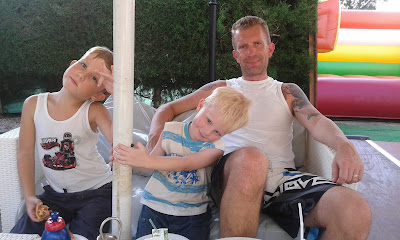 The weather is slowly on the change now as we approach the end of October,  although the boys have been back at school about a month, we were still going swimming up until a week or so ago.  Now, although the tourists are no doubt still in the pools, it's just a bit too cold for us locals having acclimatized over the years (in other words big girly wusses!)

Our fans have now been put away, and the air con has been off for a while, I wore trousers the other day (although am back in shorts now!) and the boys insist on wearing fleeces to school in the morning, well it was only 23 degrees the other day!

The season is changing,  and as we approach Halloween and the changing of the clocks it will surprise me, as it always does actually how close we are to the end of the year!