May 11, 2014
I always said I'd get there eventually and last week I finally got to my Slimming World target, and also got my 2 stone award. 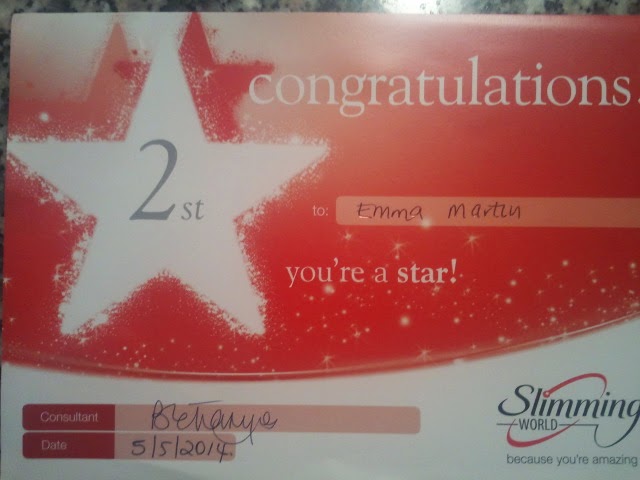 Regular readers will know it's not the first time I've reached target - the first being in 2007 with a total loss of 4 stone.   I reached target again (although one 1/2 stone heavier than my pre-pregnancy one) as Leo reached his second birthday.  Now with Louka at 21 months old I'm finally back there once more.

I love Slimming World, and while the plan is easy to follow, it's not always easy to keep your head in gear which is why it's taken me almost 2 years each time to lose a couple of stone.   I'm not sure what the secret was the first time as losing the initial 4 stone seemed easier and certainly took less time!

But that's it now, I'm done with having babies, and while I don't imagine for one second that I won't stray out of target range I'll still be going to my weekly group and trying to keep it in check so I don't have to do it all over again.