The one where we actually left the house

- December 31, 2016
If in doubt, get out!   I have no idea if someone once said that to me or if it just popped into my head but I've decided its a good phrase when it comes to deciding what to do.   I've never been very good at just getting out the house with the boys, always over thinking it - too hot, too cold?  Too windy?   Will the weather change?   Will we be hungry?  Should we eat first, take a picnic?   Are we too tired? Will the kids have fun or just moan at me?  - you get the idea!

As I mentioned in my last post, I was suffering from 'Crimbo Limbo'  (yes I am just making random things up now!)   We hadn't left the house in days, I was missing the excitement and anticipation of Christmas and there was far too much pyjama wearing, Xbox playing and chocolate eating going on for me to to stay sane.

The problem had been that it had been raining on and off for almost a week, dry spells have been very short lived and I'm sure the sun has only been out once!  So when I saw that there was a few glimpses of blue in the sky this morning I dragged the kids out for some fresh air.

(Louka in particular was not enthusiastic,   saying 'I just want to stay home' as we forced clothes on to him!  I knew he'd get over it though as soon as we were out)

Leo's suggestion was to go to our local park but I was itching for some sea views,  it's been a while and I find it quite therapeutic,  plus I figured there would be lots of muddy puddles along the walk to keep the boys happy. 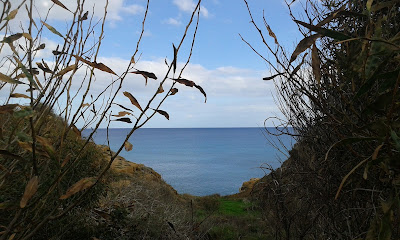 We were rewarded with blue skies and plenty of mud - happiness all round! 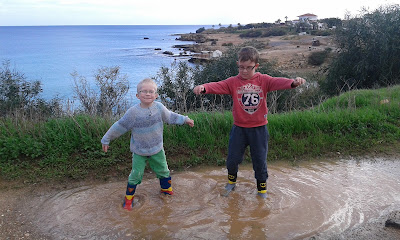 It was warm enough to leave the coats in the car and although the clouds in the distance were dark I was optimistic we would be ok.   (telling myself it wouldn't actually kill us if we did end up getting wet - I seem to have developed a fear of accidentally getting rained on!)

We discovered new paths and went exploring, and in what I am telling myself is a brilliant use of imagination and playfulness (rather than an unhealthy obsession with video games) played a real life version of Lego Dimensions. 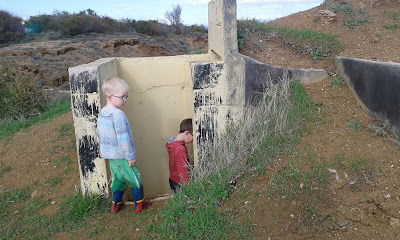 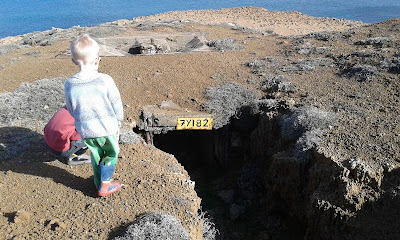 Leo was Batman, Louka was Gandalf and of course as the only girl I was Wildstyle.  Under Leo's instruction but with an unusual amount of input from Louka (well,   he could 'build' faster and has magic so Batman was quite happy!)  we 'found keystones, located minikits and collected coins'   - I pretty much just walked along agreeing with it all but occasionally couldn't resist joining in when I saw something interesting! 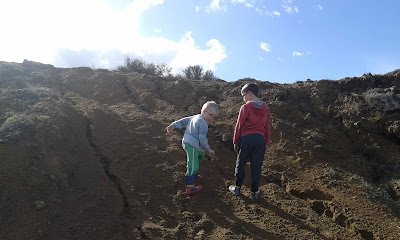 We ended up on the beach back by the car which was handy as not only did I get to sit down while the boys ran around screaming and shouting (we were the only ones there and I was really hoping they'd get it out of their system for the day!)   but it started to rain once more so we escaped before the next downpour! 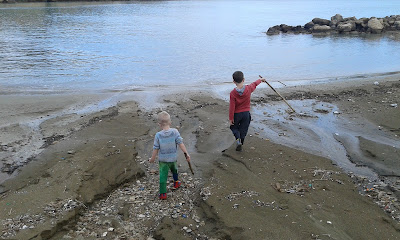 My new years goal?
To get out more without over thinking it! 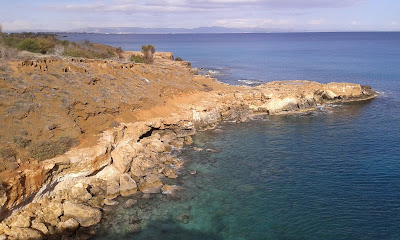