- December 30, 2016
What a difference a week makes, this time last week seems like a lifetime ago.

On Thursday the boys broke up from school and we had our usual pre-Christmas get together with our friends at our house.  This year the Dad's joined us (well, once they had got back from the pub) and everyone stayed for dinner and board games. 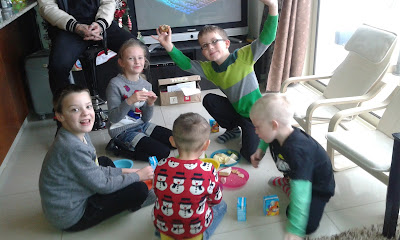 Friday was the first day of the holidays,  I spent the morning with a bit of a fuzzy head from the previous nights Christmas spirits and recovered in time for our girls night out dinner.     Leo was excited not only about it being almost Christmas but his Taekwondo grading that evening for his yellow belt. 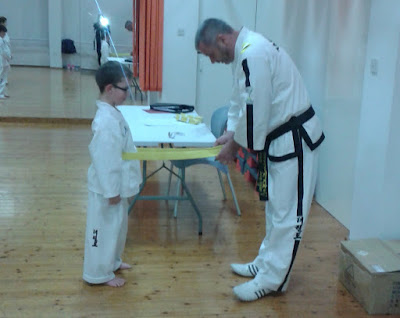 I love Christmas Eve - full of excitement and anticipation.

The boys spent the  morning watching Christmas cartoons and some colouring., we all played a bit of 'Christmas Bingo'.

Apart from a quick pop to the shops for last minute baking ingredients and one present to wrap we were all ready for the big day.    We cranked up the festive music, over excited the kids. opened the festive goodies and declared the 'bar open' at lunchtime.

We ended the day with our Snuggle Sack tradition, new fluffy pyjamas for the boys and the Nativity Story, mince pies and whisky for Santa and off to bed. 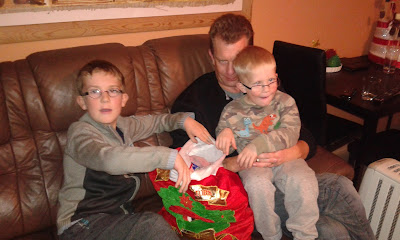 This gets its own blog post, we had a great day but it's over far too soon!

Didn't go quite as planned,  but was enjoyed by the boys as they got to play Lego Dimensions which was perfection to them.

The boys and I went out to a friends house the following day, without Aaron unfortunately as he was unwell.

I'm now not entirely sure what day it is,  I feel we are living in a sort of twilight zone,  a Christmas Limbo if you will.  The weather has been atrocious - rain every day for a at least a week now, and most of the time it has been dark and gloomy with it.  Getting the kids out of their pyjamas is hard work - a task I've generally been putting off until after lunch, only to confuse them a couple of hours later when I say  'oh stick your 'jamas on and lets watch a film after dinner'!

I can't remember the last time I ate a normal dinner,  rather than random combinations of cheese, sausage rolls and cold meat.  Sitting around the house doing nothing other than eating and playing xbox is starting to wear a bit thin.

I'm feeling a bit lost, and not sure what to do with ourselves. It's always a bit of a let down I guess after so much excitement and planning for Christmas, and so many events going on all month,  I'm starting to itch to get on with stuff like taking the decorations down and updating our website, sorting out the boys room etc but also feeling like I may as well wait until the new year,   I decided this morning that we'd stick our welly boots on and go for a walk - I know I'd get them out with the promise of puddle jumping but I've just looked up and its starting to rain again.

I can see some blue skies though so maybe it will be short lived and we will brave it.    I think it's time to get out of the Chrimbo Limbo!