- December 10, 2019
Earlier this year we visited the Cyprus Historic and Classic Motor Museum in Limassol. It's been on my 'to-do list' for several years now and I'm glad we finally got there! 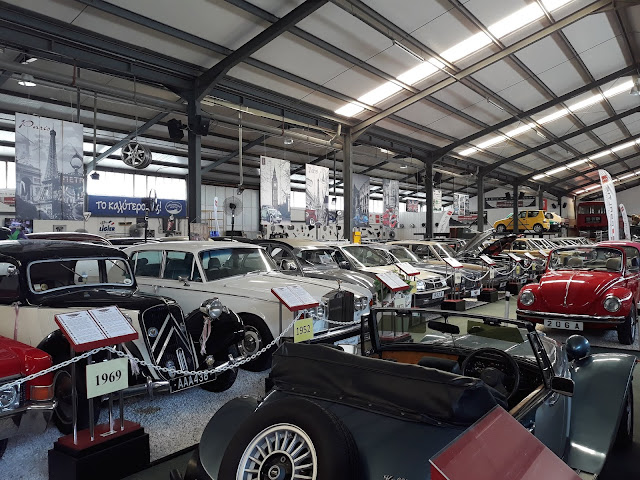 The museum originally opened 2014, and moved to larger premises in 2015. Today it covers an area of 3000sq meters and more than 150 exhibits covering more than 130 years of motoring history.

Each of the vehicles had an information board, in both Greek and English although of course the boys were not patient enough to stop and read these without prompting.  However they enjoyed listening too Aaron tell them about the cars, especially when the stories were personal.

He was amazed to see three makes of cars that his Mum had owned,  the Talbot (Matra) Rancho, Range Rover and Fiat 500.   This brought the cars to life for the boys as he told them about days out he'd had as a child in cars like these. 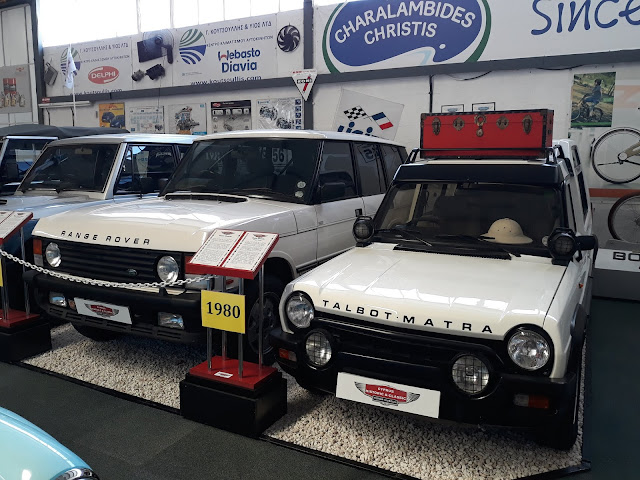 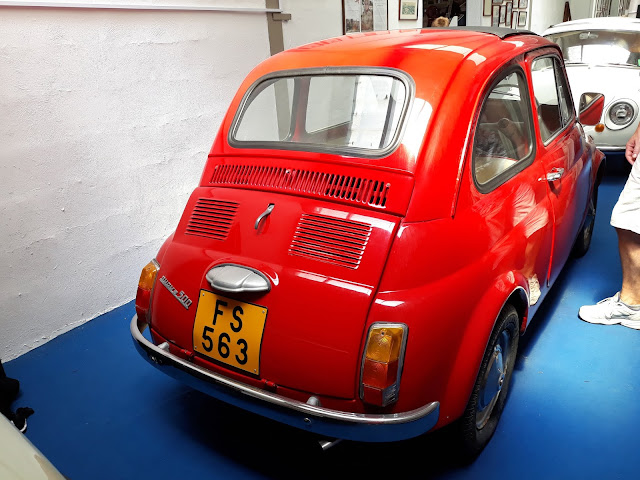 My absolute highlight was the red double decker bus for several reasons,  as a child I'd always wanted to own a bus - yes, I was a bit strange,   I'd always imagined converting it to something cool.  like a party bus or something.

But the bus in the Motor museum is not just any bus,  it's a London Transport bus and I grew up almost next to a London transport bus garage so it was so familiar to me.  Also it was a 229  to Crayford,  going via Bexleyheath and Hurst Road where my grandparents lived! 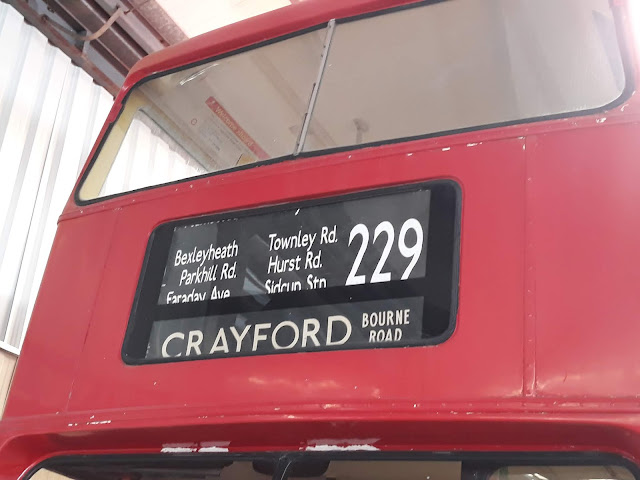 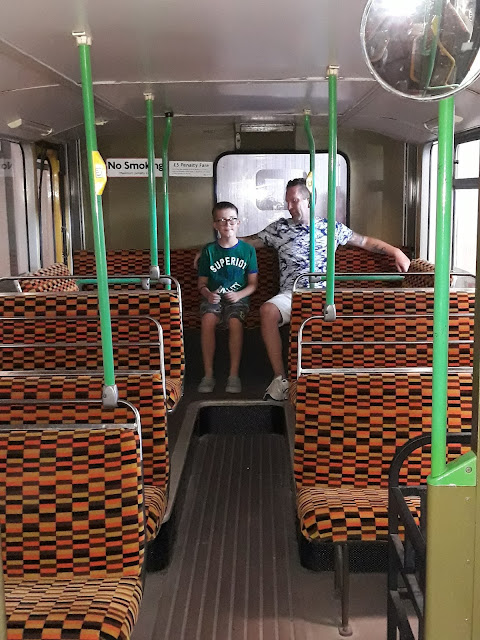 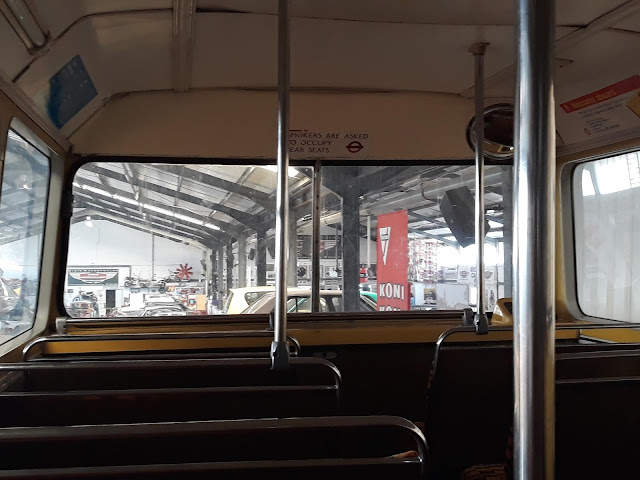 It brought back so many memories of school journeys, nights out and lots of days gone by.  I must have spent so many hours on buses just like this.  I could have just sat there for ages relieving my youth whilst the others carried on round the rest of the museum!

There was lots more to see,  from old police cars, fire engines, presidential cars and even a tank.

Everyone had their favourite and Aaron found one of his... 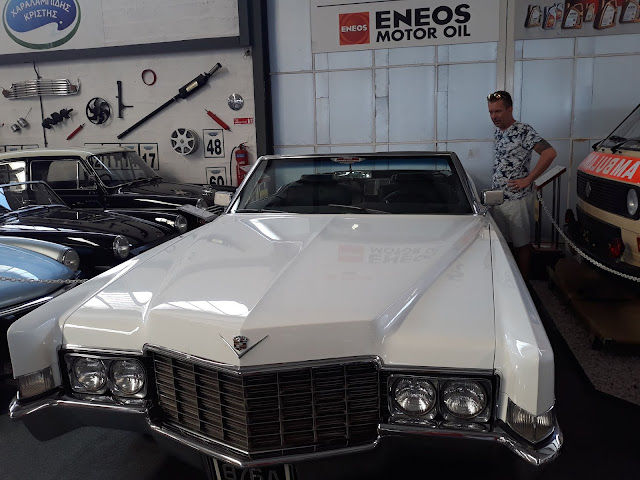 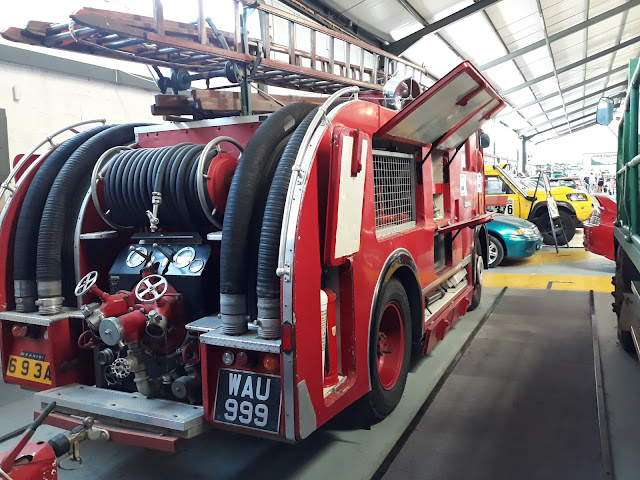 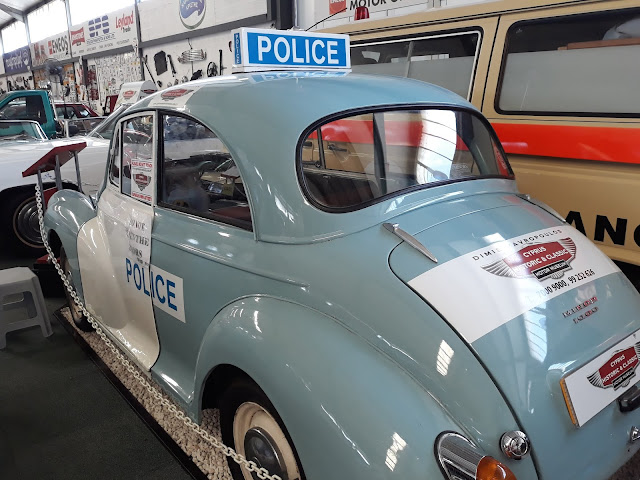 As an added extra there is a display of items from over the last 100 years or so.   It was great to look at and show the boys, but a little strange to see items I owned in a museum.

I'm used to seeing old phones, cameras and the like in museums, I grew up knowing about them all,  I just wasn't quite ready to see a Nokia 3210 in a glass case! 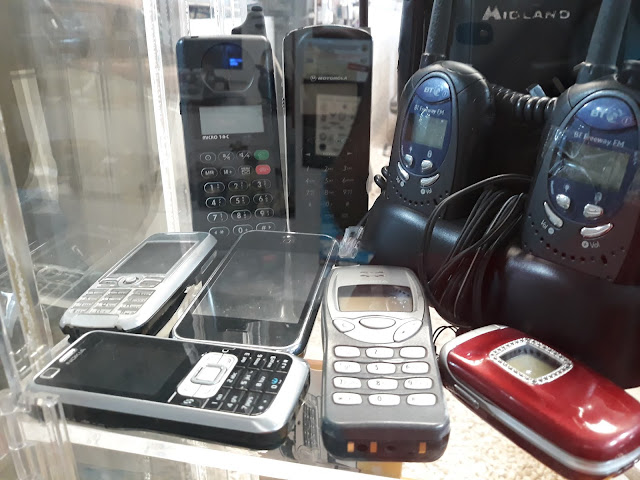 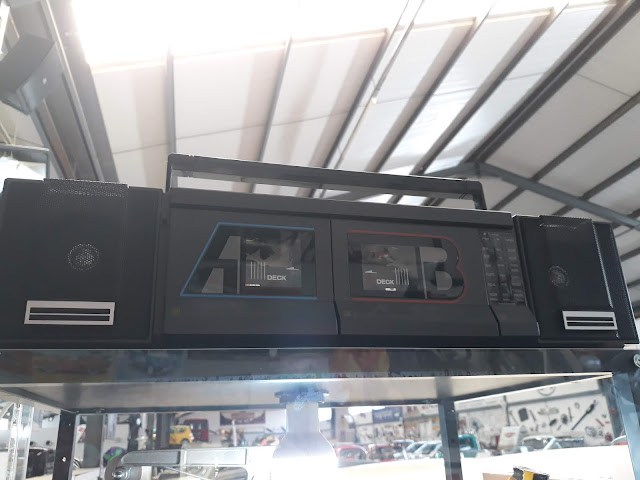 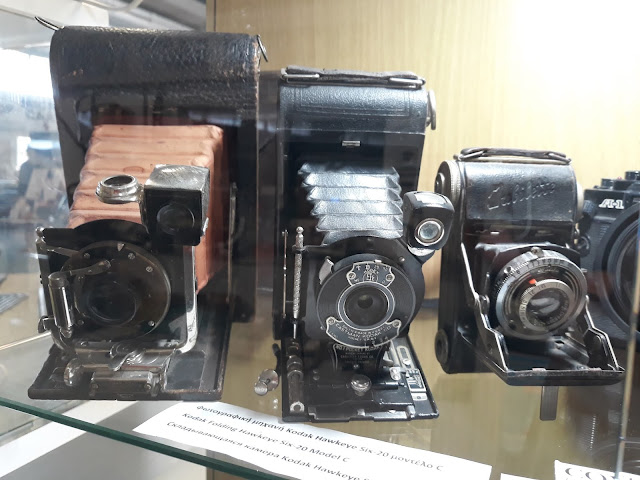 Leo was surprised when I showed him how many items you would have to carry around to be able to make a phone call, take a photo and listen to music, and that to be able to do all those things digitally was amazing for us.


It was an enjoyable trip,  not enough to fill a day by any means as but we could have spent longer looking around if the boys hadn't been trying to charge ahead all the way round.  There is a very good selection of vehicles, especially considering it's in Cyprus.  Ideally they could do with maybe double the space to display them though, as the vehicles are packed in so close together and it would be good to be able to walk between them, it would take longer to get round and appear twice as good as it does now. 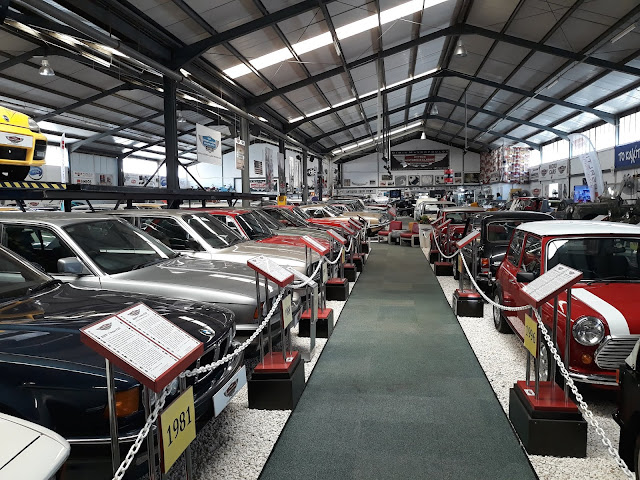 This is not a sponsored post, we visited the museum as a family and I just wanted to share our experience.
You can find more information on the Cyprus Historic and Classic Car Museum on their website.