- November 16, 2019
Last November I had an early morning text from my friend Sam,   I can't remember it word for word but it was short, to the point and something like
" Can you come round straight from school this morning as I need you to help me with something?"

I replied straight away saying yes I'd be there about 8am.

In the mean time I wondered vaguely what she wanted but didn't think that much of it. I amused myself by thinking it was funny that I didn't even question what she might want!

I arrived she put the kettle on, we chatted about random stuff and I still didn't question why I was there.   I assumed she wanted my help moving some stuff, or clearing out her shed as that had been talked about not long before and she was just putting it off a bit longer.

It was quite warm and Sam was wearing a jumper, but I didn't really register that - she feels the cold and once we hit November she usually goes into winter wardrobe regardless of the temperature.  I didn't even realise that she had one sleeve pushed up and one down,  down so far that it actually covered her hand.

If you haven't gathered by now,  there were many signs that something was afoot but I'm a bit dense and missed every single one.

Another friend arrived,  Sam had text her asking her to pop in for something.   Turns out she's a little more on the ball than I am as she thought it was a bit odd, as it happened she'd also noticed the jumper sleeve!


After a few minutes Sam announced she had something to tell us,   as I'd missed all the signs I was really worried for a moment,  in a split second three thoughts rapidly flashed through my mind -
"Is she pregnant?"
"Ohgod please don't let them be moving back to the UK"
and then
"for Gods sake Emma just listen to her and you will find out"

She pulled her sleeve up and showed us her hand... 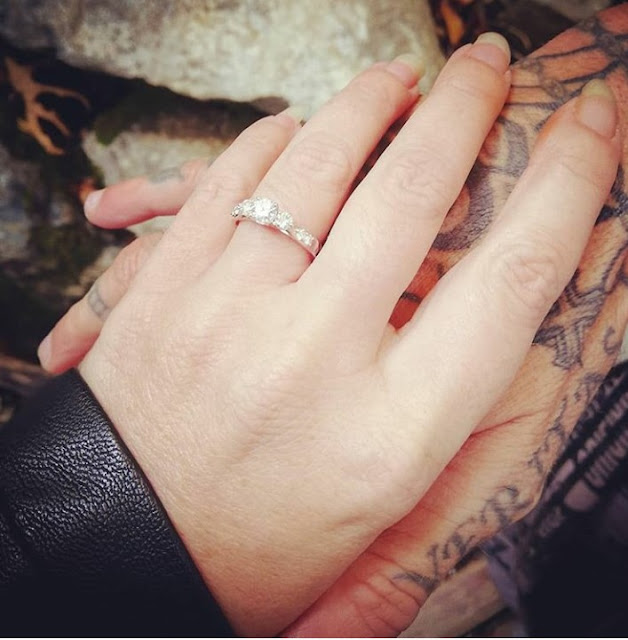 I'd love to say that I immediately offered my most heartfelt congratulations and said something loving and profound about the wonderful news, but I starred open mouthed and lost for words for a moment and then simply swore in shock!

Of course if you know me, and if you know Sam, my reaction was one of suprise not horror and I was  absolutely over the moon for them both, I managed a congratulatory hug, it was just a little slower than it should have been!
In my defense, Sam had been just as surprised when Marc popped the question,   and the boy done good - on one knee at the bottom of a waterfall in the mountains which just happened to be Sam's favourite place.   It may have been a long time coming but was worth the wait!

And so the planning began,  the date was set and we had a couple of days out wandering round wedding fairs,  eating cake and tasting cocktails.

We also had a fun morning helping them to create the Save their Date cards,

I joke about the fact I am a #BadBridesmaid  because I can't help but make jokes about cutlery and table linens matching the flowers,  and because I can't see the difference between different shades of the same colour, and I refused from the outset to have anything whatsoever to do with the decoration.   I just go on about the cake, the party and dancing and the relief of not having to choose a dress for the day.

But I think the fact they are getting married is the most awesome thing, and that the Wedding will be amazing - not because the venue will be stunning  (although it will be) or because the cake is the same shade that the flowers are (also will be, probably - as long as it's not me checking that!) but because they are made for each other and it will be the best day ever as they will be surrounded by family and friends and be about to begin a new chapter as a family and as husband and wife.

I do kinda like the #BadBridesmaid tag though so I'm mainly staying away from the smushy stuff, I'm not good at it - gotta know your strengths!

Actually, there should be a 'Bad Bridesmaid' film- a cross between Bridesmaids and Bad Moms, although I know who I am most like in both of those and that's never going to come off well!

Joking aside, I am very honoured to be a part of their day and while I may not be so hot on the little details I'm all about the big ones and will always be there when needed every step of the way. 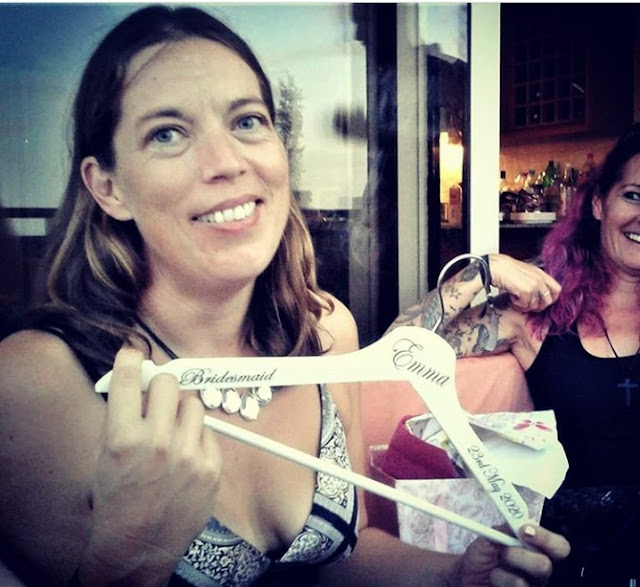