- June 12, 2017
If you've been reading my blog for a while you'll probably know that I love a bit of party planning,   From the early days of Thomas the Tank Engine, The Hungry Caterpillar and Spiderman we 'leveled up' into Harry Potter and a Star Wars party in the last couple of years.

Which of course led to the question of what Leo's 8th birthday party would be....  now as a self confessed Whovian I've been hankering after creating a Doctor Who party for years, since seeing ideas on pinterest ages ago.   I had thought it would be best to save it for a few years seeing as the other kids have no idea about the show,  but after mentioning it in passing to Leo he was very excited about the idea.   ( I admit he may have been picking up on my excitement but I did check several times it was what he REALLY wanted - honestly!!)

We decided that it didn't really matter,  everyone might not get the references to the show but they'd enjoy the party anyway!

He's also loving Pokemon at the moment so I managed to squeeze a bit of that too and surprise him on the day - he loved his 'mash up' party.


I knew we'd be very busy in the lead up to his birthday weekend, as we had Nic over to stay and a full week of weddings so I started planning ages in advance - and because I was just a little bit excited of course! 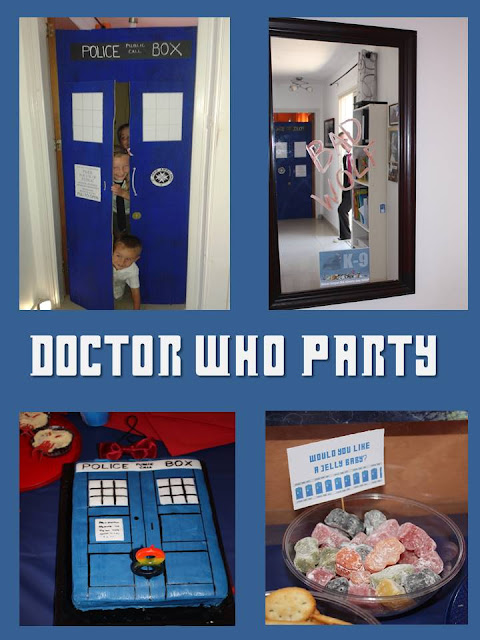 So here's a few pictures of the preparations, and the little bits that went towards making it FANTASTIC!

Most of the ideas had come from pinterest and Aaron helped me bring them all to life, although they all seemed simple enough he's just that little bit more of a prefectionist so I know he'll always do a great job.

The party bags - containing a TARDIS key,  'pokeball' a TARDIS notebook and silver pencil, alien and mini Pokemon figures,  3D glasses,  and of course some sweets. 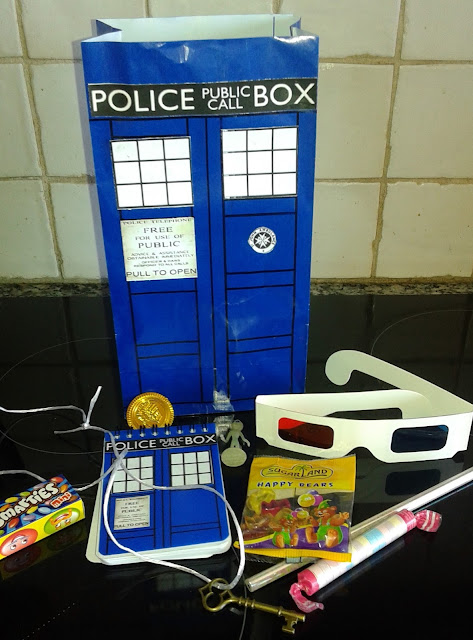 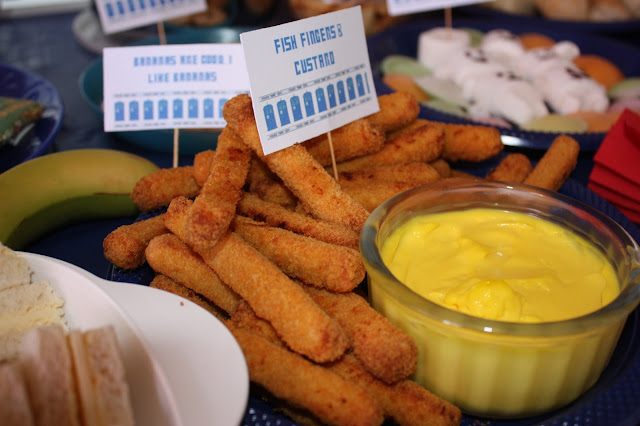 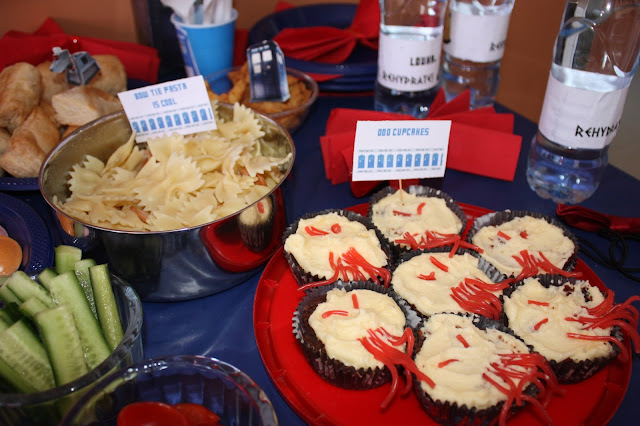 And of course..... a TARDIS birthday cake. 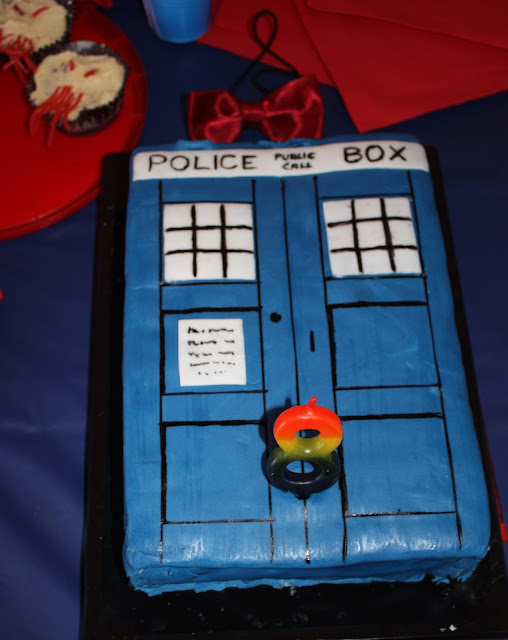 The drinks - As well as juice I made all the kids a personalised bottle of water, its a great way to get them drinking it as we just refil it every time they finish it, it also lessens spillages and stops them constantly confusing which drink is theirs.

and of course not forgetting the adults... 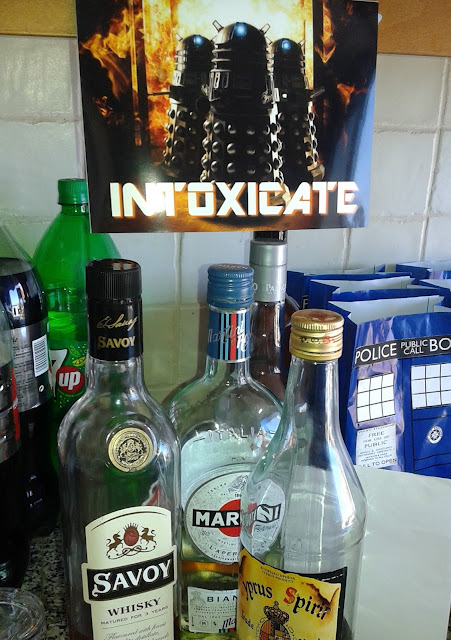 The Decorations - I'd been searching online for inspiration and saved a few bits of art work and quotes,  Aaron made a few adjustments to some of them and we printed them on our dye sub printer making them high gloss prints that will end up going in the boys bedroom. 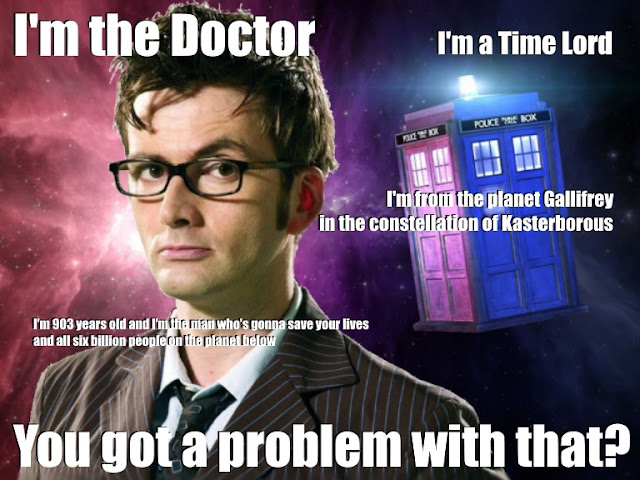 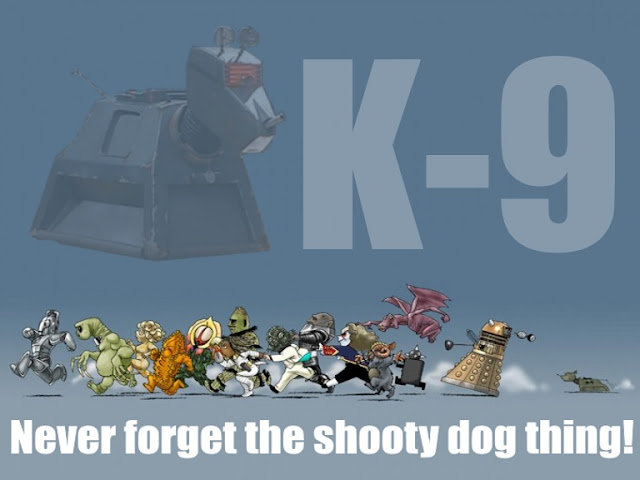 We also had a great surprise when we found out that my friend Sam had made us a life size TARDIS! 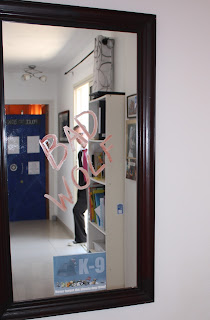 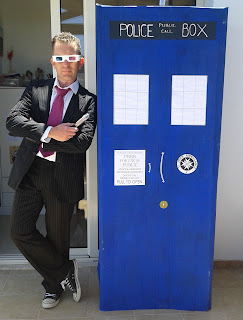 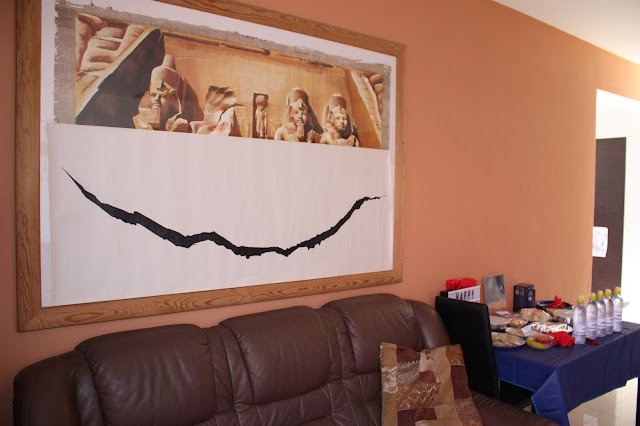 It all went down very well, with Leo being more excited in the days leading up to his party than he'd ever been before, I was starting to wonder if it wasn't going to live up to his expectations but luckily it did.