- August 26, 2013
For many months now (possibly even since before he arrived) I've known that I was going to do a 'Very Hungry Caterpillar' theme for Loukas first birthday. As you probably know I adore parties and the planning of them so I've been enjoying getting ready for this one. 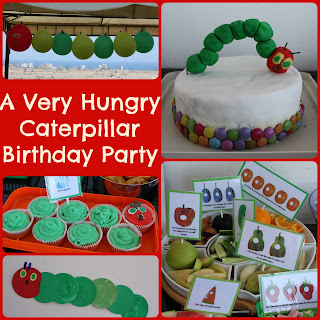 This time I had a little helper too,  part of the reason I chose the Hungry Caterpillar theme is because it is a book that Leo has enjoyed for a while now as I did at his age, and I knew he would enjoy being part of the preparations. 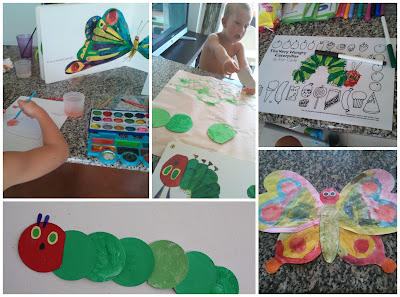 I decided it would be fun to theme the food, and match the items that the Caterpillar ate.  (of course when I say 'I decided' clearly I meant I spent the evening on pinterest!)

Without using a book as a 'menu' I would never had served that much fruit but was stunned that the children and Leo in particular, ate almost every bit! 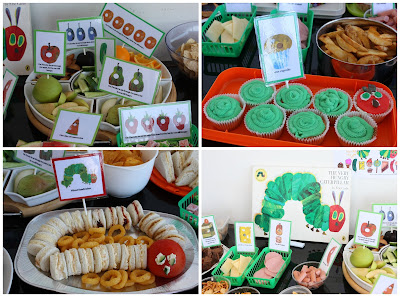 I really enjoyed making the cake, the first one of the boys I have made entirely by myself and I was very pleased with the finished result. 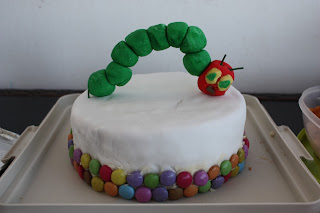 Apart from the food and preparations leading up to the party I kept it very simple as at one year old Louka had no real idea it was for him. We turned our small balcony into a play area for the bigger kids with a huge train track built by Leo and Grandad, and some soft mats and a pile of baby toys on the big balcony along with all the seats for the adults and the food.

No party games, but just before cutting the cake I gathered all the children together and Leo read the Hungry Caterpillar story to everyone. We also had music and some dancing which was also enjoyed by my little dancing baby! 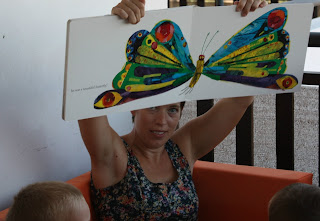 With an age range of children from 6 months to almost 5 years I also kept the party favours simple (and inexpensive!) avoiding the dilemma of what to put in the little plastic bags I usually use and each child left with their own 'beautiful butterfly' 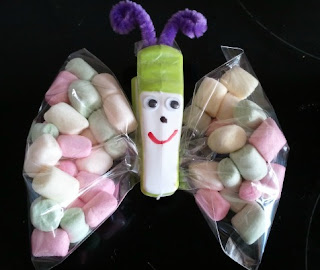