Time for a little update

July 25, 2021
Hello, my long lost blog readers, just when you thought I'd left you all I'm back for a random blog post or two!
I'd been quite happy with not blogging for ages this time with the other things that I've got going on, but I was looking up an old post the other day and realised that after all the years of blogging, hundreds of posts, comments, shares etc, that there was no way I could leave it with the last post being about Fruit Pasta  - I mean what a terrible way to go!
I thought I didn't have much to update you on, especially as it seems strange to blog about every little thing these days,  but of course we've had birthdays, and the odd day out (although nothing major due to  a bit of a pandemic going on!)
We've both been double jabbed  - ( I don't want your opinions on it, just saying!) and this means we have our 'safepasses'  and can go to shops and restaurants by showing it to gain entry,  however because Leo is over 12 now he has to be tested every 72 hours if we want to take him anywhere except a beach.  (The current rules in Cyprus mean you have to have a 'safepass' to go anywhere with more than 20 people including supermarkets and retail shops)
It's oh so very hot now so everything seems twice as difficult, and of course Leo doesn't actually like the beach, Louka isn't the biggest fan but still enjoys digging!     As always I am so very grateful for our communal pool, I don't know what we would do without it!
We are now about half way through the summer holidays and starting to crawl the walls a little bit - Leo even said he was bored of watching Youtube which can't be good!   What on earth are they supposed to do though?   I looked on pinterest and the lists of suggestions would be laughed at in this house.    It used to be so much easier to entertain them, not that I realised that then!   It was harder work and relentless but they were much easier to impress,   I could just imagine the look Leo would give me if I presented him with a block of ice with toys frozen inside now or a bunch of cornflour gloop.
The biggest thing this year was Leo's graduation from Primary school, which luckily was able to go ahead despite covid restrictions.  They had a brilliant ceremony with a look back over the years from nursery as most of the kids have been together in class since then,   followed by a meze in a local taverna for all the students and families. 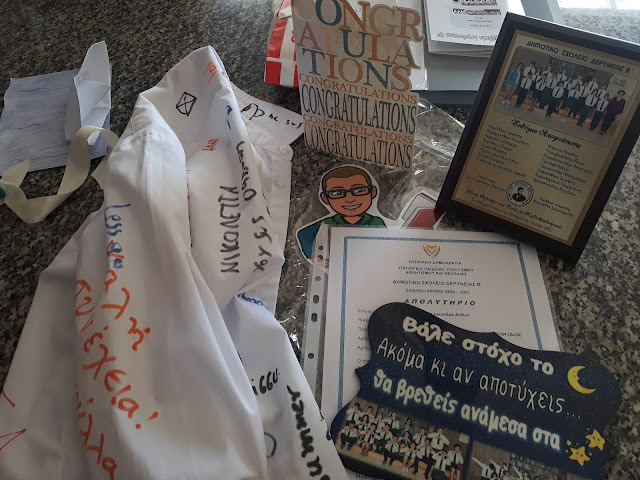 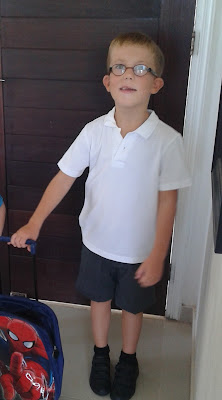 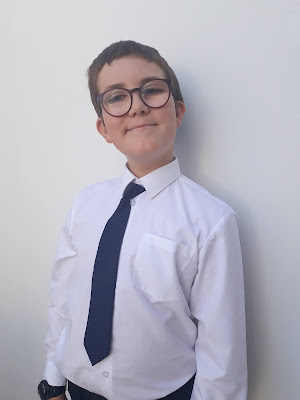 Luckily Leo's birthday was timed once again between lockdowns so we were able to have a small party as we have always done,  this time I somehow managed to create (thanks to pinterest) a 'real life' Among Us game and even joined in to make up the numbers, even though I had no clue what was going on. 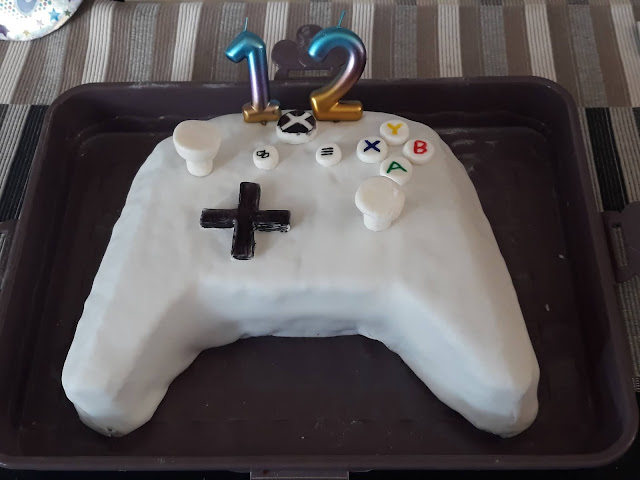 In other news we've been to the Sculpture park in Ayia Napa, and the Camel Park in Larnaca,  we've been to both a few times before but not for several years so the boys enjoyed both,   having been stuck at home for most of a year helped too I assume, they were just happy to be doing something different. 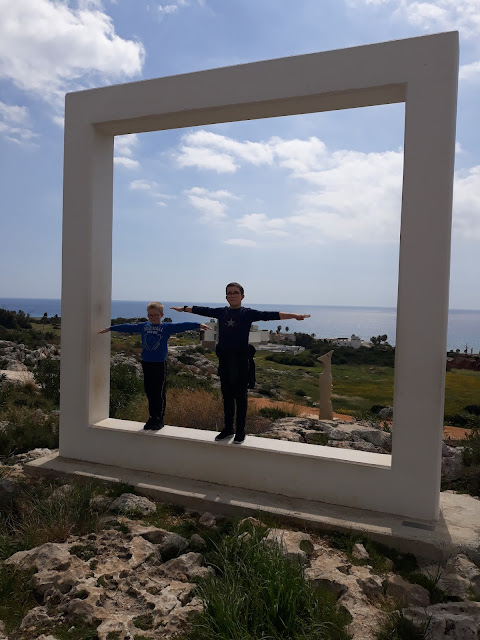 That doesn't seem like much for 4 months, considering how I used to blog several times a week but that's a pandemic for you!
There's been lots of swimming, board games (our current favourite is Munchkin or good ol'  Uno )  tons of Xbox (from all of us, not the just boys)    and even more tablet time, but we are muddling through as you do  - roll on September and new starts, and temperature drops.
We've got Louka's birthday coming up, and our anniversary, and a lot more pool time I assume.
I may well be back before then - once I blog I sometimes get the bug again but no promises! 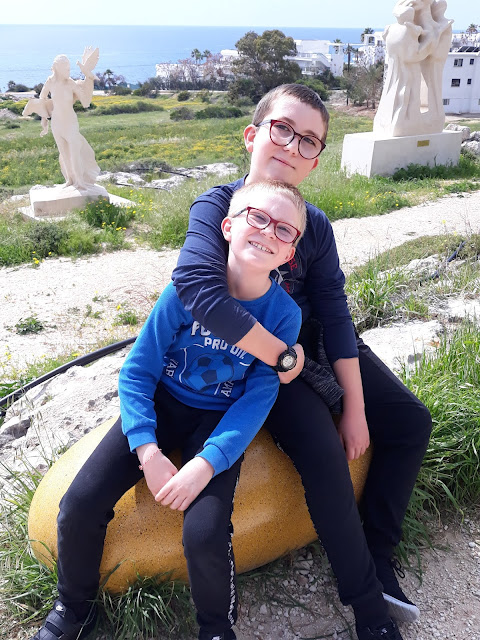