The one where I picked up a pencil

July 28, 2021
Did you know that if you wait long enough for a blog post, another is sure to follow it right up!
While I wouldn't go as far as saying I have the blogging bug again,  I think it would take a bit more than two posts,  I did fancy writing another.   I thought I'd share something that I was surprised I could do...
For years I have said that I'm no good at art, my go to response has always been 'I couldn't even draw a stick man'  and when Aaron started drawing last year out of lockdown boredom I didn't even consider joining him.
However, in an attempt to encourage the boys to do a 'Draw with Rob' video on YouTube I decided to attempt a drawing,  I assumed it would be terrible but therefore at least make them feel better.
Our first attempt was the 'Gregosaurus' and all three of our attempts were awesome,  I was genuinely surprised how well we had all done.
Spurred on by my initial success I attempted the Unicorn.... 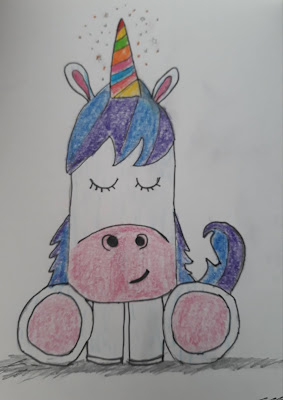 I tried a couple more, some on my own and some the boys did too.  Louka only tried a couple but Leo did some really good ones.
The Train was one we both did together... 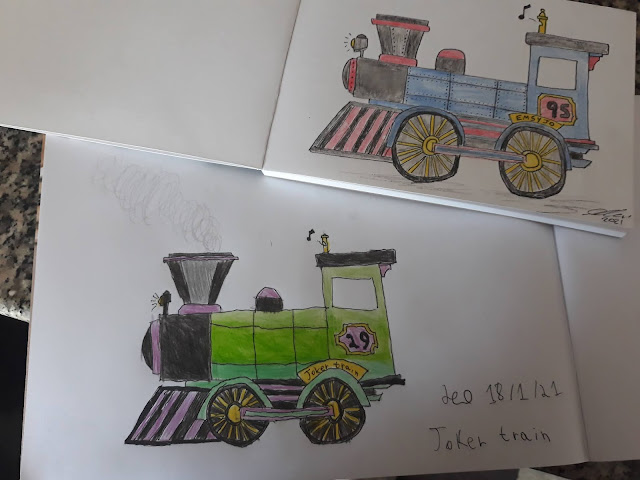 And then I tried a couple of very recognizable characters... 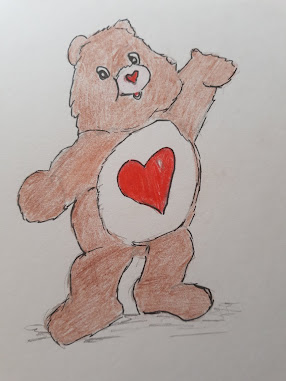 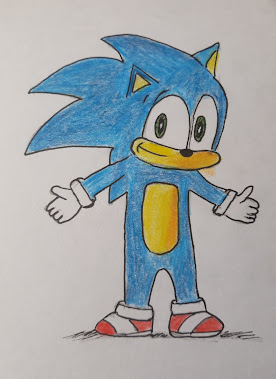 Sonic was another 'Rob' video tutorial but the Care Bear was just copied from another picture, so I was even more amazed by how he came out.
By this point Aaron's drawings had gone from good to amazing and he was happy to give me some tips,  of course I wasn't happy to receive them so pretty much ignored everything he said and stopped drawing 'cos I'm like that!
(more on Aaron's Art coming up but it warrants its own post!)
After a while I stopped being a child, and the never ending lockdown was boring me so I picked up a pencil again,  and did a free Christmas themed drawings which I turned into Christmas cards. 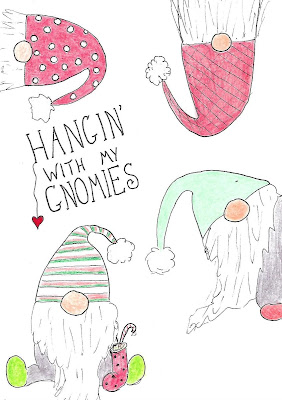 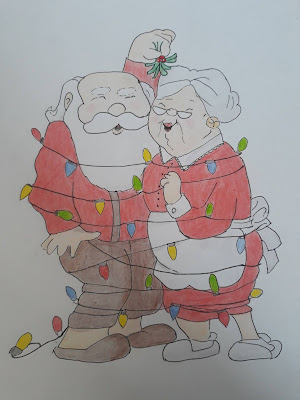 I was quite enjoying it, and still stunned and amazed that I drew something that looked pretty much like I wanted it to.  Friends told me that they couldn't draw like that and I just keep saying nor could I!
Next up was a butterfly for my Mum 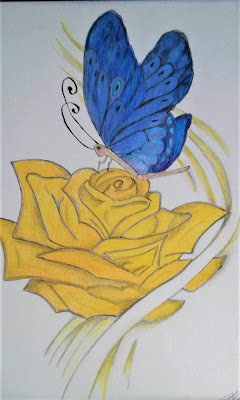 I was saving pics on Pinterest that caught my eye and thought I'd try something a little harder.   As I had been playing Final Fantasy on the Xbox I thought I'd go for something similar... 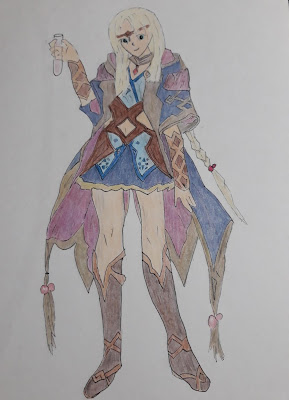 That was several months ago now,  I had started another similar picture but stopped just over half way through, I'm sure I'll finish it off eventually but haven't fancied doing it for ages now.  Maybe when it cools down again I'll be in the mood,  it's much easier when you don't have to try not to sweat on the paper!