Two boys, a box and a plane 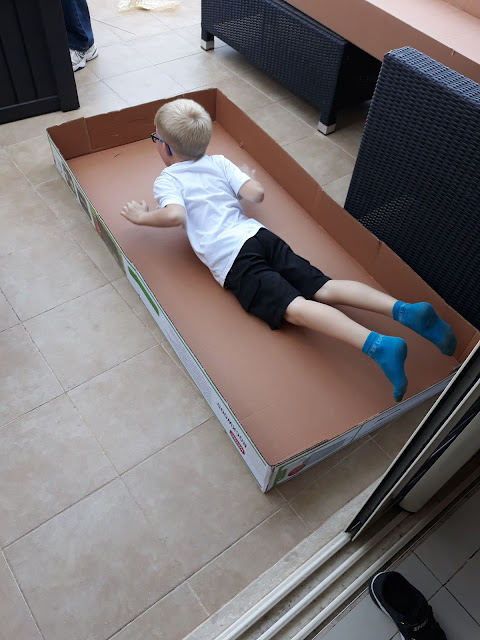 Louka was overjoyed to see this big box on the balcony when he came home from school and he threw off his shoes and got straight in.

He lay around in it for a while and then got out for lunch.
I did suggest he could eat lunch in the box but apparently that would be silly.

The idea to paint the box however was much better received.

I realise that I hovered over the boys way too much when they used to paint, worried about them getting paint everywhere (on marble floors which are easy to clean!)   or on themselves or who knows what, so I gave him paints, brushes and refused to have any more to do with it.

He asked me what to paint, I didn't give him any suggestions,
(other than 'the box'  as I'm just so easily amused)

He asked me about the colours to use,  I told him to surprise me. 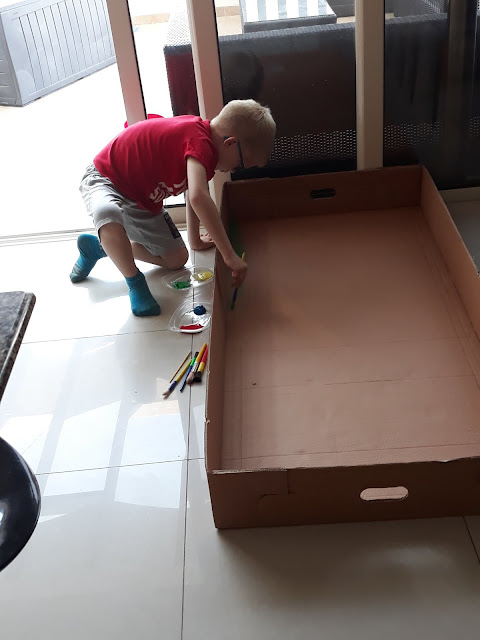 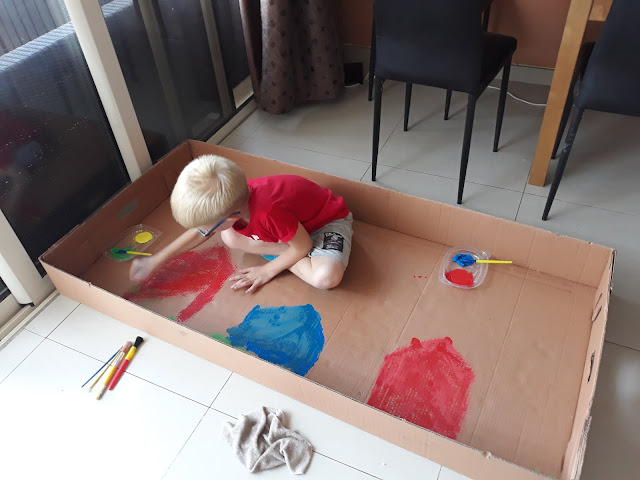 He spent ages happily painting in his box, and eventually revealed his masterpiece. 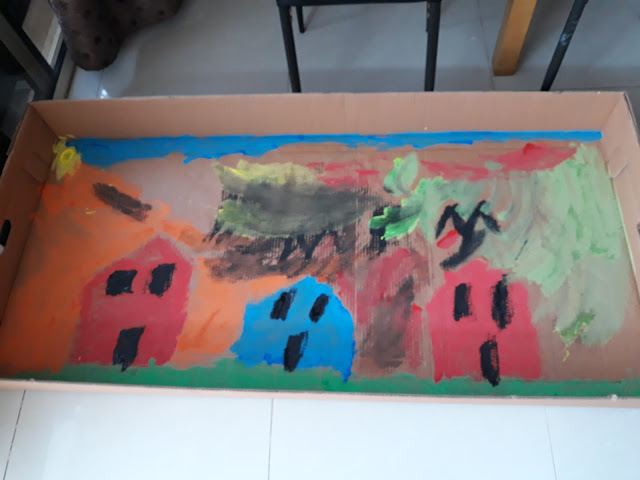 It was great to see him create something and to get on with it without me standing over him,  I should have done it years ago!


Louka wasn't the only one getting hands on last week though,   Leo had brought a wooden 3d puzzle from his book fair at school.  (yes, not a book but he said they were all too expensive for what they were - can't blame him for that)

He had been looking forward to building it but had to wait a few days due to other things going on.  I didn't really think he would get on with it and was surprised that he'd brought it but I was determined to let him muddle through himself.     Unlike the times he's tried to build lego sets and I end up doing it.

I admit that may be because I like lego but not fiddly wooden puzzles, but he has often had little patience and a short attention span.    (NO idea where he gets that from)


There were very limited instructions and they were only in Greek so I helped him out a little by letting him use Google translate on my phone to check he'd understood them correctly.   I also helped him push out some of the pieces as there were A LOT.

Then luckily Aaron came home and I took that as my cue to disappear, helping with building wooden airplanes is definitely a 'Dad thing'

Also, Aaron is much better at letting them get on with it than I am.

And he did,  with very minimal assistance Leo built his plane. 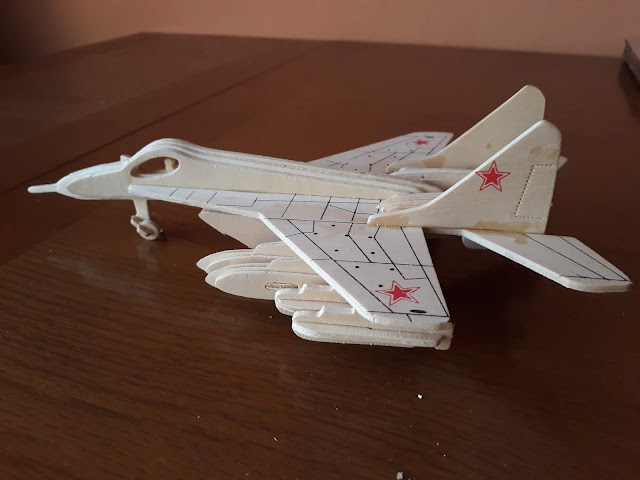 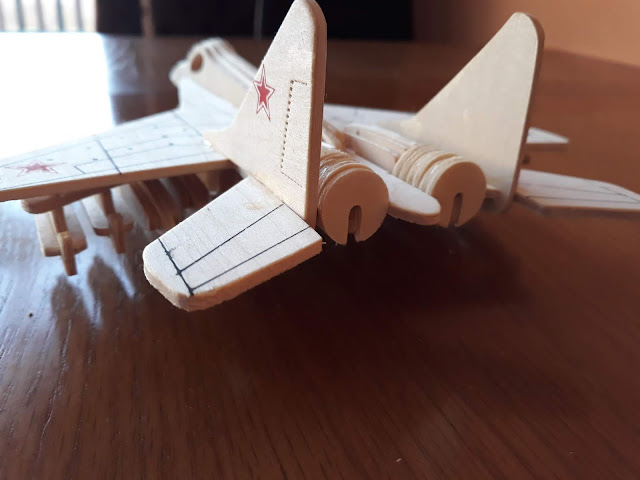 It was great to hear him say that he thought it was money well spent and see that he was pleased with the finished result.    So much more than if I'd ended up doing it for him! 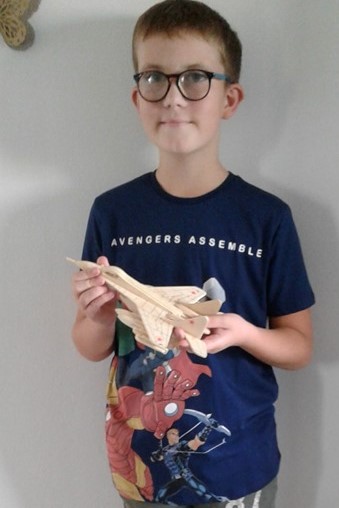