- August 23, 2019
Just before we celebrate Loukas 7th birthday I thought I'd better share some photos from last years.

The themes have never come as easily as they do for Leo's birthdays, I think because Louka generally is not one for being really into something.  Leo's a bit like me in the way that if we like it we LOVE it and everything to do with it,  we will read the book, watch the film and know all there is to know about it.  So when it comes to parties we love the little details.

As Louka approached his 6th birthday however it became clear that a Minecraft party would go down very well.

Louka only had one special request for the party which was a pinata,  whatever else happened was not a concern of his!.

As usual I jumped onto Pinterest for inspiration, and roped in Aaron for some crafty bits and Leo who is also our resident Minecraft expert.

I love food labels!
As well as egg sandwiches - a staple of all our birthday parties and a long running joke between us,  and quiche, dips etc which are all mainly for the adults, we had a selection of Minecraft treats. 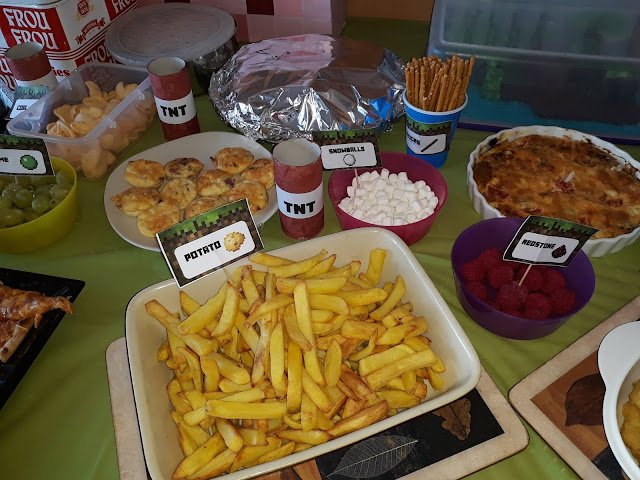 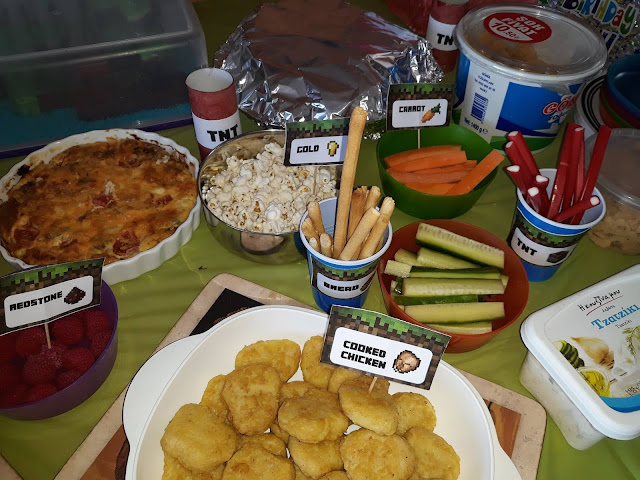 Leo helped out a lot here making Ghast and Endermen faces and Aaron made pretty much everything else after watching me do it badly! 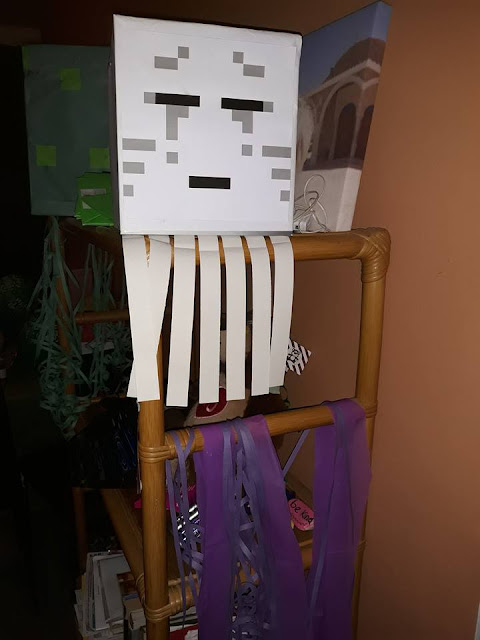 The Nether Portal was a massive success, they loved passing back and forth through it. Best use of a disposable tablecloth ever! 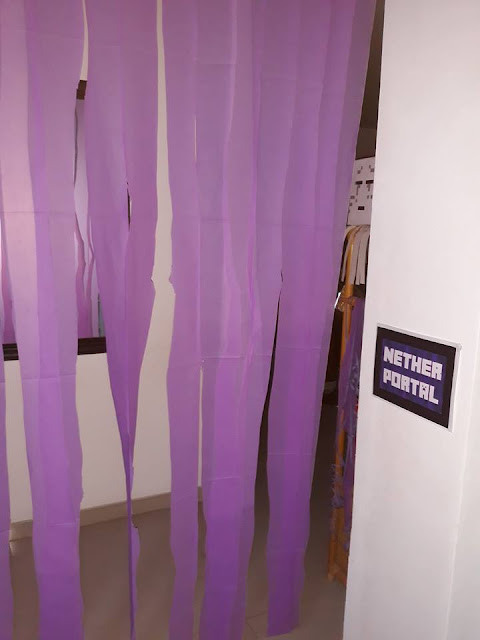 We had the usual Pass the Parcel  (so far we've not had a party without it)  but the much more popular was 'Don't Eat Steve'.   It was a new game to me, based on 'Don't Eat Pete'  which apparently is very well known according to the internet but I'd never heard of it.

You print a game board, there are hundreds online for all kinds of party themes or you could create your own.

It's a really simple game, Place a sweet on each square of the board. One person leaves the room and the rest choose one of the squares to be 'Pete'  (or Steve, or Rudolph or whatever suits the theme!)

The person returns and starts eating sweets until they touch the sweet on the chosen square at which point everyone shouts 'Don't eat Steve'  and their turn is over.

Fill the board with sweets again and the next person takes their turn.

They played this many times, without any supervision and without any arguments for ages - of course it helped that they got to eat lots of sweets in the process but it was a party!


We ended up with Louka's special request.  He had been asking for months and hoping to have a pinata at this party.   We'd never had one before, mainly as Leo always hated them so I really had no idea how to create one.

Luckily Minecraft is all about the blocks so we grabbed a box cut a few slits in it, covered it in paper and hoped for the best.  I was aiming for it to be in that fine window of not too easy that it breaks open straight away, but not too hard that they all get bored. 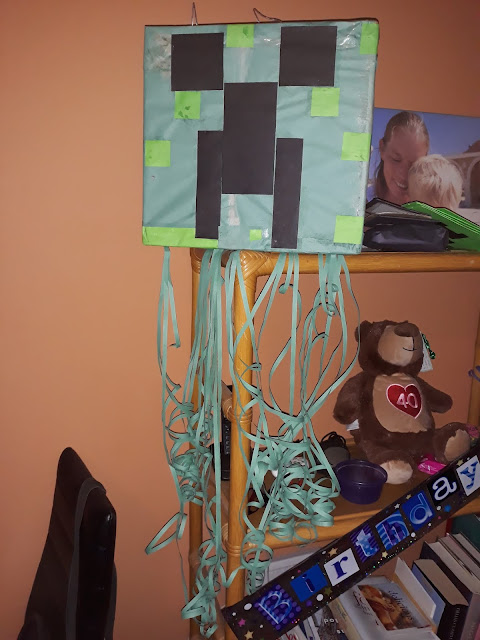 It went surprisingly well, and they all enjoyed it, best of all Louka was the one who got it properly open  (with a little bit of kindness from Leo's friend who realised it was about to go and went easy on it).

It was well loved, especially by those who realised what a terrible idea it would be to hit a creeper!

For more Minecraft party ideas check out our pinterest board.