- December 01, 2016
It's December already and that means my countdown to Christmas can begin.   I love Christmas and I do always say that it is a 'season' not just a day (it's not just me - it says so in the song!) but I think it should generally be confined to December.

Decoration Day   (it has capital letters because it is an actual event, one that is planned with mince pies,  Christmas music and plenty of baileys,   planned to ensure no-one has to drive anywhere afterwards!) has always been a point of 'discussion'  in our house,   you may remember my previous post on this - The First of the Christmas Traditions.   So it has to be not too early and not too late,  our compromise is usually the weekend somewhere around the 12th.    Well, I say compromise,  Aaron doesn't really get a say in it - I just announce it!

I love to be organised, but I rarely write Christmas cards before December, I like to sit with a festive film or music on whilst I write them so it can't be too early.    Presents can be brought any time as and when I see them or can get them sent over as long as its not accompanied by a smug facebook status.

I am a big kid when it comes to Christmas, but big enough that I can wait until the right month when it comes to festive fun at home, no songs or films or books before the 1st if not later.    Well apart from the year I was happily making a  Christmas youtube playlist in November without realising it was autoposting every song direct to facebook.

It's just not as magical otherwise and I'm over it before the mince pies have even been left for Santa. Even the kids get bored of it as I noticed a couple of years ago when I got a bit carried away with almost daily Christmas related activities.

It never used to be like this and I wonder if our generation just hasn't grown up like our parents had? I see many people saying they 'have' to put their tree up because the kids are badgering them when really I think they mean they want to and the kids are are good excuse.     I always say I can't stop mine from playing too many video games but if I'm being honest I don't really mind,  I just feel like I should.

Of course at work you have to plan for Christmas much earlier - that is fine and I have no problems with that.   It's the busiest time of the year for many companies and the chance for promotions and marketing and therefore needs to be planned ahead of time.   But I do wish some companies would tone it down a bit before December - the main reason that Aaron dislikes Christmas songs (other than the fact they are way too cheesy)  is due to him working in retail for many years where they started playing them in October.

It's a bit different in the UK to here,  although over the last seven years we've seen big changes and it get a lot more commercial. In 2009 we arrived on 24th November leaving a winter world of Christmas decorations and a country deep in preparations, it was like travelling back in time a couple of months for us to the height of an English summer without a festive thought in sight.

This year I went out on the 1st November and was genuinely surprised to see fully decorated Christmas trees sparkling away in a shop window,  and Jumbo had their things out in the middle of October when I was trying to find Halloween stuff!

Anyway,   it's the 1st December today,  so we're good to go.... advent calendars are out,  let the season commence! 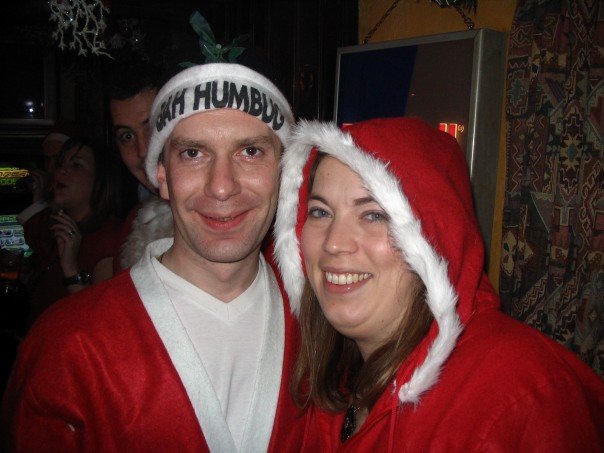 I also reserve the right to break my own rules  before Aaron points out I may have been 'accidentally' humming Chrismas songs before the 1st and wearing a Santa hat to annoy him.