- June 07, 2016
Leo turned 7 last month and we celebrated in style with a Star Wars party.  Although Leo hasn't actually seen all the films he has played the Lego Star Wars game on the Wii many many times and is a bit of an expert at it so he loved the idea of a Star Wars theme.

I am somewhat ashamed to say that I'd never properly watched the films myself  (I had tried several times but they never grabbed my attention) but who needs the exact details when you have pinterest on your side!

It had been a very busy week for us work wise but I'd been surprisingly organised and got most things ready in advance of the day itself. It was a small party with just my/ his closest friends and so I was very relaxed about the whole thing luckily.

There was a big countdown to the day by Leo, I'd given him little tasters of what we were going to do but he mainly wanted it to be a surprise so on the day they played inside while I prepared food and set up the 'Jedi Training Area' outside. 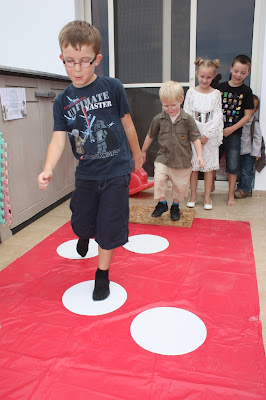 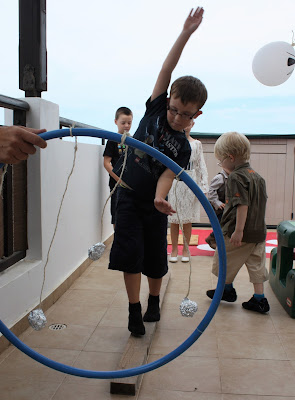 Our Jedi's in training had to negotiate their way across the lava pit, practise their balance and test their endurance by surviving the asteroid belt.

It was a huge hit with the young Padawans and they went back several times to do the course again.

Next up on the training schedule was 'Shoot the Stormtrooper' 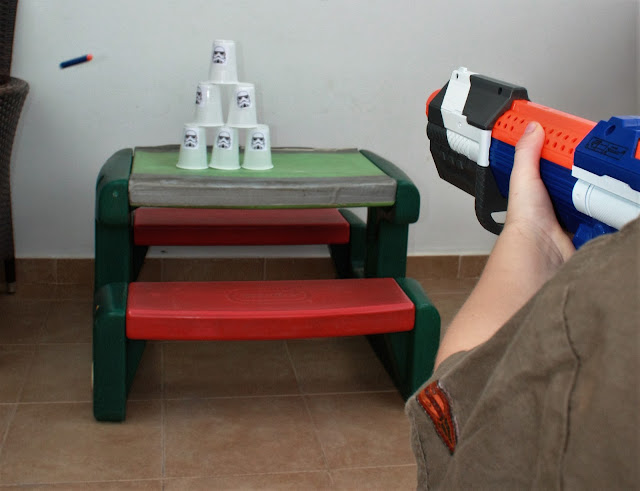 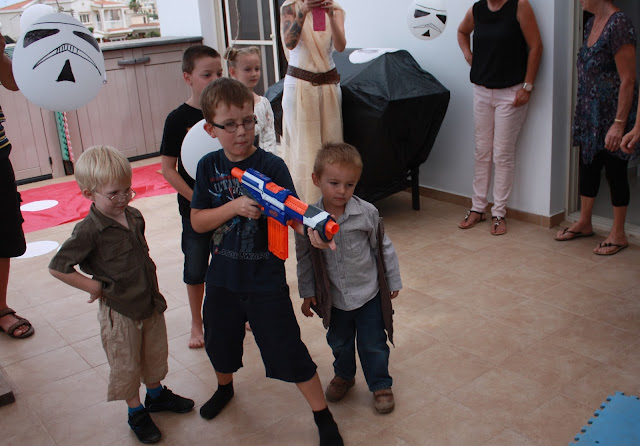 As predicted this was loved by all,  and even some of the adults couldn't resist having a go too! 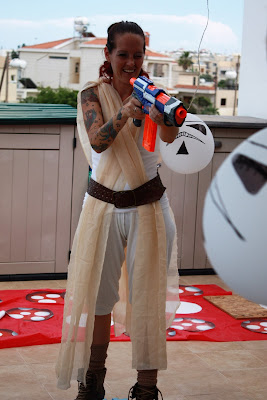 After these activities our Jedi's were ready to receive their light sabers, just in time to fight the Storm Troopers that had invaded the balcony.

This turned out to be one of my best ideas yet (by 'my' idea I mean - one found on pinterest obviously!)  - having something to hit greatly reduced the amount of times they hit each other! 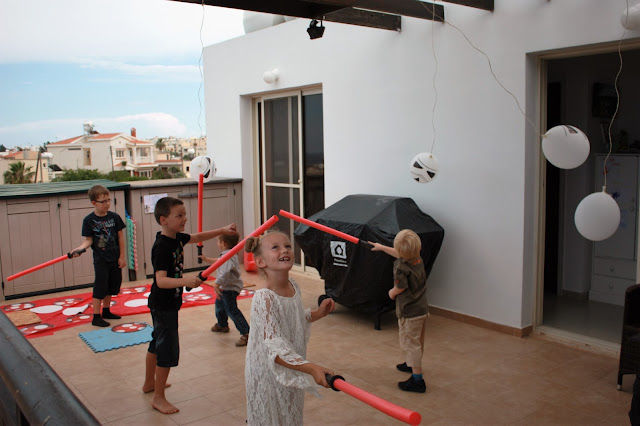 Next up was a mission to free Han Solo frozen in carbonite (ice).  I printed and laminated a lego Han Solo picture for each of the kids and froze them in old butter dishes, gave each of them a water pistol and let them get on with it.  Of course they ended up wet but it was warm and they had loads of fun in the process. 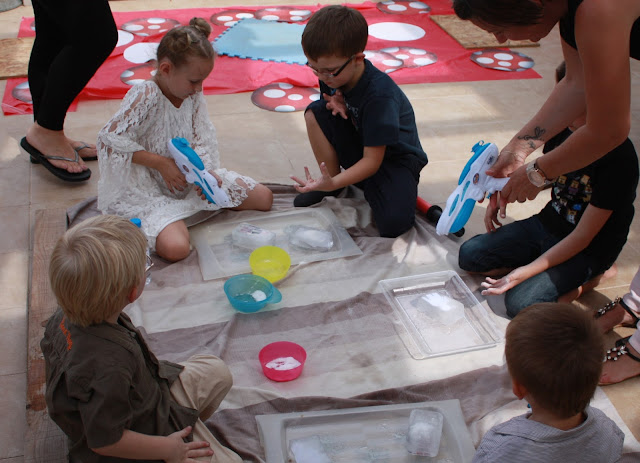 By this point they were all hungry, and as the balcony needed to dry out we all went inside for food. Leo loves a party tea, especially when the food gets named to fit the theme, of course 'Ham Solo' sandwiches are so much better than regular boring ham aren't they. 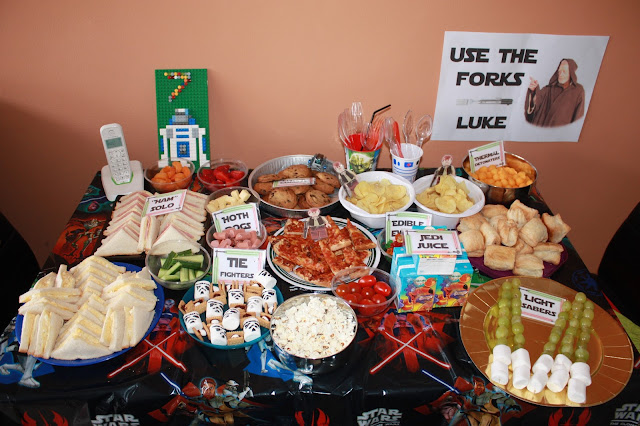 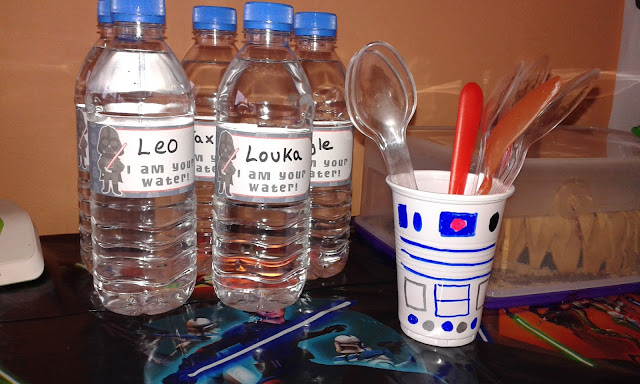 After refuelling we finished off the games with 'Pin the light saber on Yoda' and the obligatory pass the parcel. 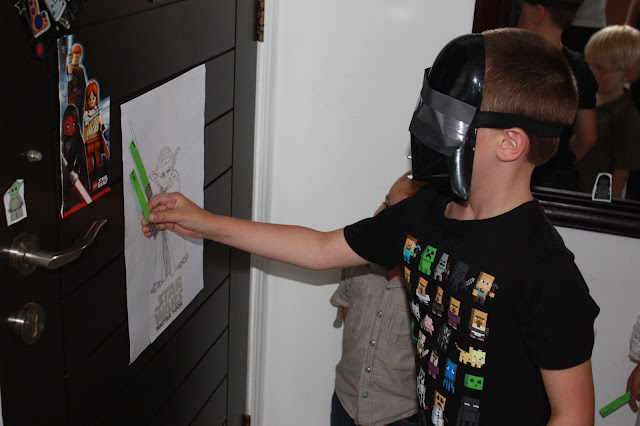 Once the games were done, I handed over the ipod to Leo and they proceeded to party and dance on the balcony whilst the adults retreated to the safety of the little balcony. The party was a huge success, and I was quite pleased with the result considering how quickly I'd thrown it all together!

Leo ended the day by saying he couldn't wait until his 8th birthday party! 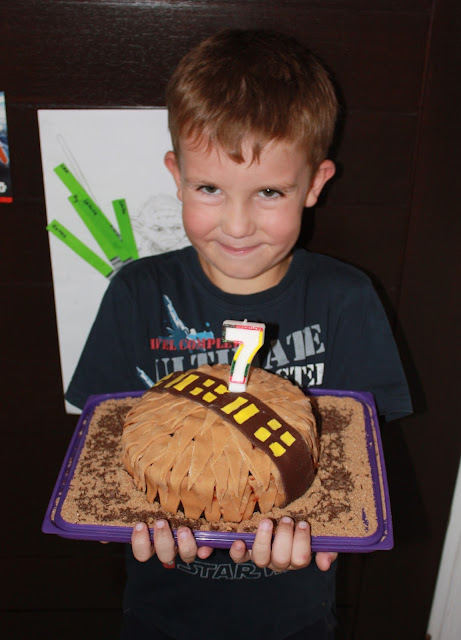