- June 02, 2013
After much debate earlier in the year between party themes, Leo decided he'd like to have a Spiderman themed party.   My original idea of Mike the Knight or Toy Story were never going to stand up against old Spidey as Leo and his friends are absolutely Spiderman mad at the moment.   We have no real idea why as none of then had seen it but it's come from school and the other children there. Wherever it came from he's been 'webbing' everyone for months now and rolling around on the ground at every opportunity pretending to be his new hero.

At first I was unimpressed, knowing nothing about him whatsoever and I looked fondly back on last years 'Thomas party' back to the days when I knew everything there is to know about a character!  But after a bit of rooting around online I got into the idea and as usual enjoyed every bit of the party preparations. 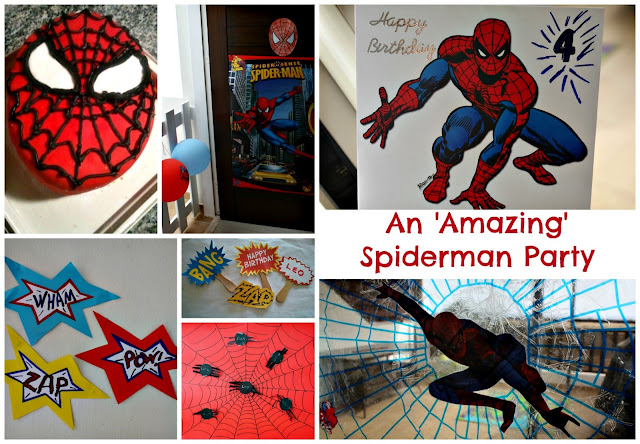 While Leo was at school I decorated the house, his face was a picture as we got to the front door and he saw the balloons and the poster and immediately hit the floor shouting 'whoah!'

When he got inside he saw that I'd put Spiderman pictures and colourful signs all over the place and Aaron had made a big spiderweb on the balcony floor using black electrical tape.

I'd piled his presents up as before school we'd only given him a new water bottle and t-shirt (Spiderman obviously!) , knowing we'd never have got him to school otherwise.

We had an hour before his friends were due to arrive so Mum and Dad came up and he opened up his presents before getting into his costume. 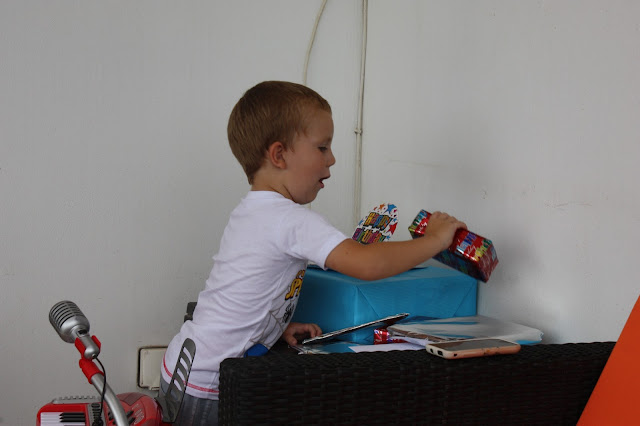 We have two balconies so I set one with toys, cars, bricks and the tracks and engines (Thomas is never far away from whatever we do!) for the kids to play how they wanted to and I used the games I had planned as distractions when they started to get a bit too argumentative with them!

We had good old pass the parcel, always their favourite... 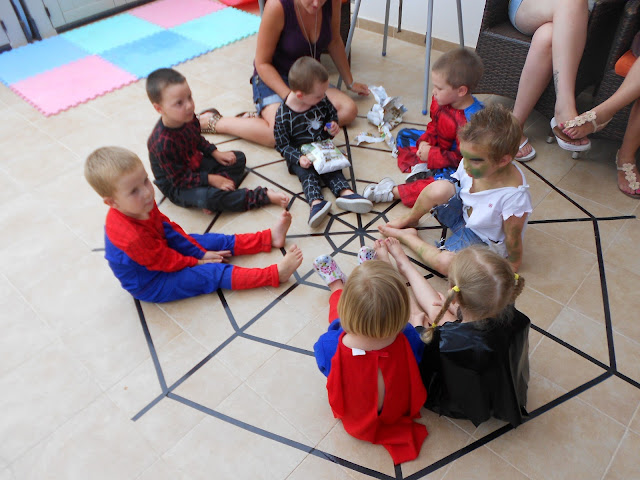 'Pin the Spider on the web', which they loved although they all refused to be blindfolded and every single child except one blatantly did not close their eyes! 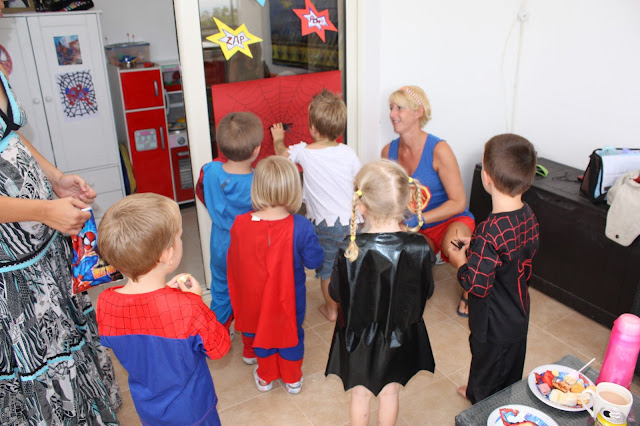 and we had a version of 'Musical bumps' which involved jumping on a spider web when the music stopped. (easy spider webs - white A4 paper with hand drawn web in black marker pen)

We had dancing, no Hokey Cokey this year unlike all the others but by popular request there was Gangnam style!

There was party food.... 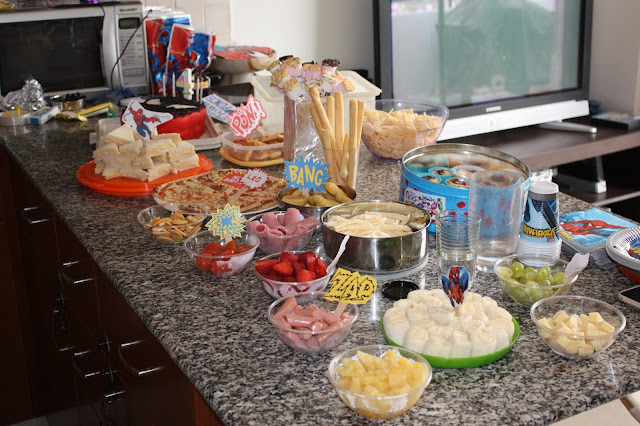 and of course no birthday party could be complete without the cake..

I was so pleased with how the party went, everyone seemed to have a good time and the kids well all very good. Most importantly Leo loved it and said it was 'the best party ever' 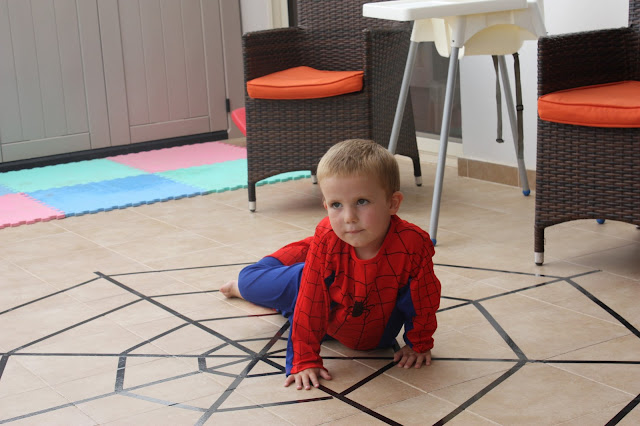