All aboard for a birthday party! 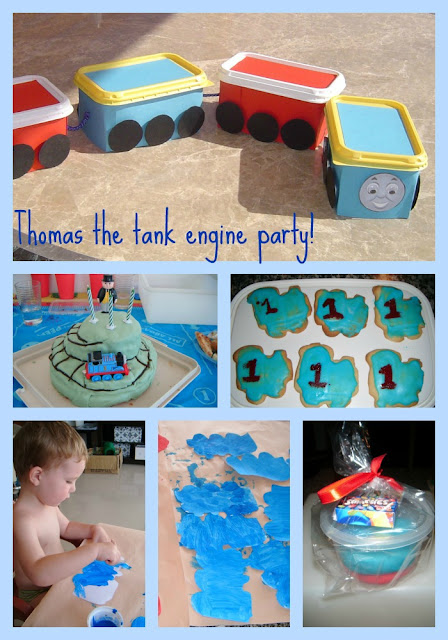 He's the biggest Thomas fan I think there could be so it just had to be a Thomas the Tank Engine themed party. I love arranging parties so had been planning it a while now, and this year Leo got involved too.

A few days before the party he had great fun helping me make decorations, I cut out lots of train shapes from thick white paper and Leo painted them red and blue. We used these to stick up around the balcony and all over the apartment along with red and blue balloons.

My Mum gets the credit for the Thomas train in the picture - butter dishes converted into carriages by covering them in coloured paper. I used them for food so having the lids to put on them was very handy!

Leo also helped me to make the biscuits, although unfortunately I cannot blame the bad decoration of them on him as I did that myself! Although it was his 3rd birthday I put No.1 on them as I'd iced them in blue and Leo would have pointed out that Thomas is No1, I should have done green icing to be able to put a No3 (Henry!)  I'm ok at making things taste nice but decorating is not my strong point....which brings us onto the cake!

I had been searching for inspiration online for ages and eventually came up with what I thought would be easy yet effective. Apart from the slightly amateur icing of it, I thought it was ok. Unfortunately for some reason Leo was not so impressed!    I think he was bothered by the fact I'd used one of his toy engines and I had recently told him not to put his toys in his food so I can't really blame him!

My Mum also made a cardboard box into a Thomas train and we got the kids playing a game which involved throwing 'coal' into it.  I made the coal using black balloons filled with rice! 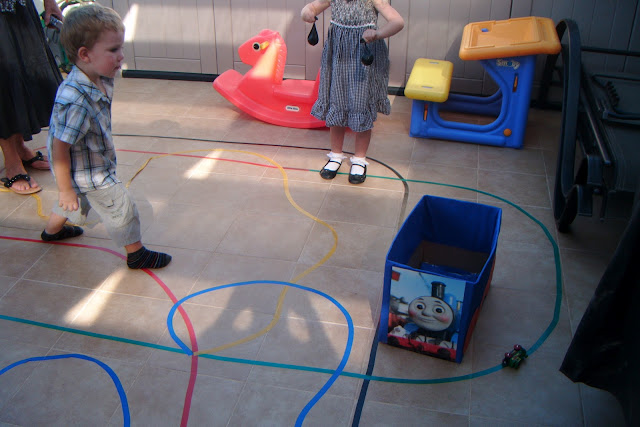 I made party bags for the children with home-made play-dough in red and blue, with some Thomas stickers and a mini box of smarites each. 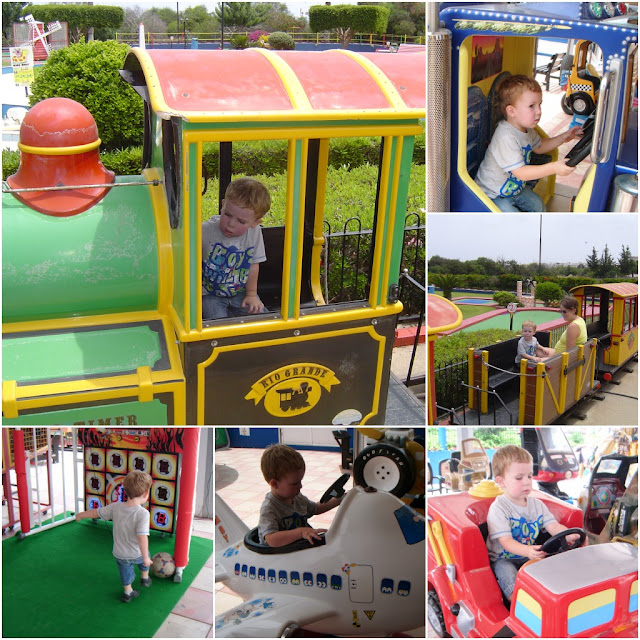 On his actual birthday which was Tuesday  he had his presents from us and Nanna and Grandad and then
we took him to an amusement park in Protaras where he got to go on a train!  He has been on a proper train once in the UK but was too young to remember it, unfortunately there are no trains in Cyprus so we had to make do with a pretend one.... he didn't seem to mind though!

We had lunch at a little restaurant by the sea with a great little play area, and then home for more cake. I had decided that I should make another cake so we could light the candles again and I quickly threw one together on the morning of his birthday using some leftover fondant icing and a packet of sweets.  He was over the moon with this one despite it taking me a fraction of the time I spent on the Thomas one. Can someone remind me to keep it simple next year please! 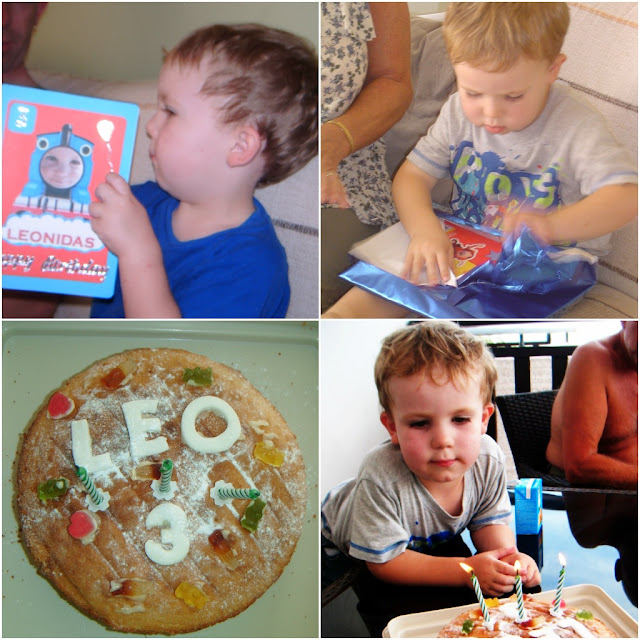