Back in 1999 Aaron went to work in France for 6 months, he returned on my 22nd birthday with a special birthday present for me,  I had my very own personalised bottle of champagne from Reimes, the Champagne region of France. It was in a lovely gift box and came with two gorgeous champagne glasses. It was a lovely present and I put it away safely in its box only to get it out to show it off to people every now and again!

I had it for several years before I even thought about drinking it, this wasn't a difficult thing to do as not only did I decide it had to be a very special occasion, I don't actually like champagne!   I will drink it at said special occasions but only if it is handed to me (well, it would be rude not to!)

In 2003 Aaron and I brought our first house together, the first plan was to drink it the day we moved in, except everything was randomly packed in boxes so we ordered pizza and drank beer.

We got engaged and didn't think about drinking it, we had an engagement party but as we were both drinking our preferred drinks and there were too many guests to be able to give everyone some it got left in its box again.

It was going to be opened on the eve of our wedding for me and my bridesmaids but they don't like champagne either, not only that I felt that Aaron should be there to share it. (he doesn't like it either so I wasn't going to let him get away with it!)

Over the years birthday, Christmases and other special events came and went and still my champagne sat in its posh box untouched. It became bit of a standing joke as to when it would be drunk. We took it on weekends away, to adult weekends with friends at Butlins, and to trips up on the family narrowboat with every intention of drinking it but every time we didn't get round to it, or the moment didn't seem to warrant opening this very special bottle so we carefully brought it back home again.

I got pregnant, and Aaron went out and brought a new bottle of champagne, well I couldn't drink now so it got saved again! Leo was born and it STILL didn't get opened!  Eventually the time came for us to pack up our belongings for our move to Cyprus, it got shipped along with everything else.

We kept it some more, now waiting for my parents to move over so we could drink it together... they got here in March and still we hadn't got round to it! 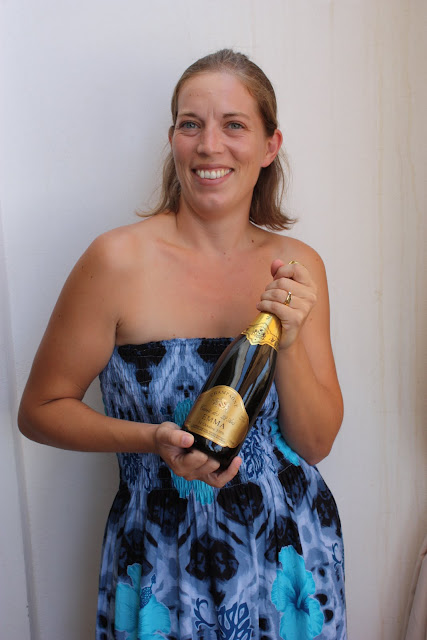 At the beginning of July, it was my friend Sam's birthday, she had a meal out planned for the day after but on the actual day we invited her round for a birthday tea party. I suddenly and decisively announced we should open the champagne, we had talked about this bottle for years and years and shipped it 3000miles across the world - it was bugging me now and it seemed like a good time to drink it..... 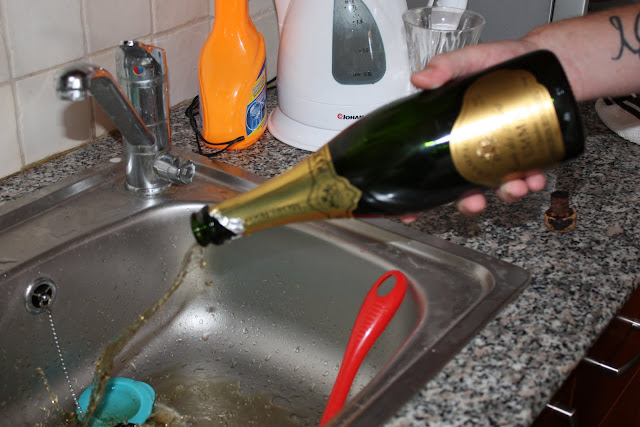 Except it wasn't - Aaron opened it and it did not smell good. My Dad, convinced it would be fine tasted it and almost spat it back into the glass. Turns out it was a good job that none of us actually like drinking the stuff as after all these years it looked and tasted so bad it went straight down the sink!

This week's Gallery theme is Vintage
drinking friends The gallery