What's the secret to sleep?

- November 22, 2010
I need a plan, I need a plan so we can get some more sleep. I will Google a solution in a minute, but first I will have a little rant and share with my lovely readers....lots of whom are Mums of various age children and might just give me some useful advice. 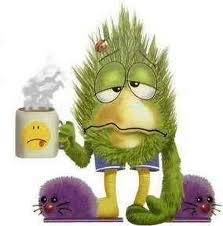 Leo does not sleep through the night, he did for a while but that seems like a distant memory right now. As a small baby he went to bed at 7pm, fed like clockwork at 11pm, 3am then waking at 7am - perfect. At that time I admit I did slightly look forward to the days when he would drop the 3am feed, now I wish we were still on that routine as it was better than were we are 18 months down the line.

Where did I go wrong? I'm fairly sure I know, the question is how the hell do I get out of this?

By the time he was 6 months old he was sleeping through some nights, he usually still had an 11pm ish bottle but that was fine. Then we had some time staying with friends before our move to Cyprus. He was teething and unsettled and I was worried about waking the household up, so I sat with him in the night, gave him more milk, whatever I thought might keep him quiet and go back to sleep.

Then we moved, it was new, unsettling (for me maybe more than him!) he learnt to sit up and would cry until someone laid him back down. No problem, that was a phase which passed.

He had a cold, more teeth, no blackout blinds and a host of random things which occurred between November and May which I understood would cause problems.  Wait till he's one I said, then we'll cut the bottles, and he'll sleep all night and all will be well.

His birthday came and went straight into a fever, mosquito bites and room temperatures of 35 degrees at night.

He wakes at least 3 times in the night, sometimes he will have a drink and go straight back to sleep, sometimes he's stuck his leg through the bars but more often than not there is no obvious reason.  The last two nights have been the worst, he will scream and scream until he is picked up and start again as soon as you put him down unless he is already fast asleep.

I'm off now to Google "controlled crying" (from what I've seen it appears to be controversial but anything is worth a shot right now) and then I'm going to bed....and it's only 9pm.


Do your children sleep well? Any suggestions?  I'll be forever grateful, once I've caught up on some sleep that is!
controlled crying Leo sleep tired